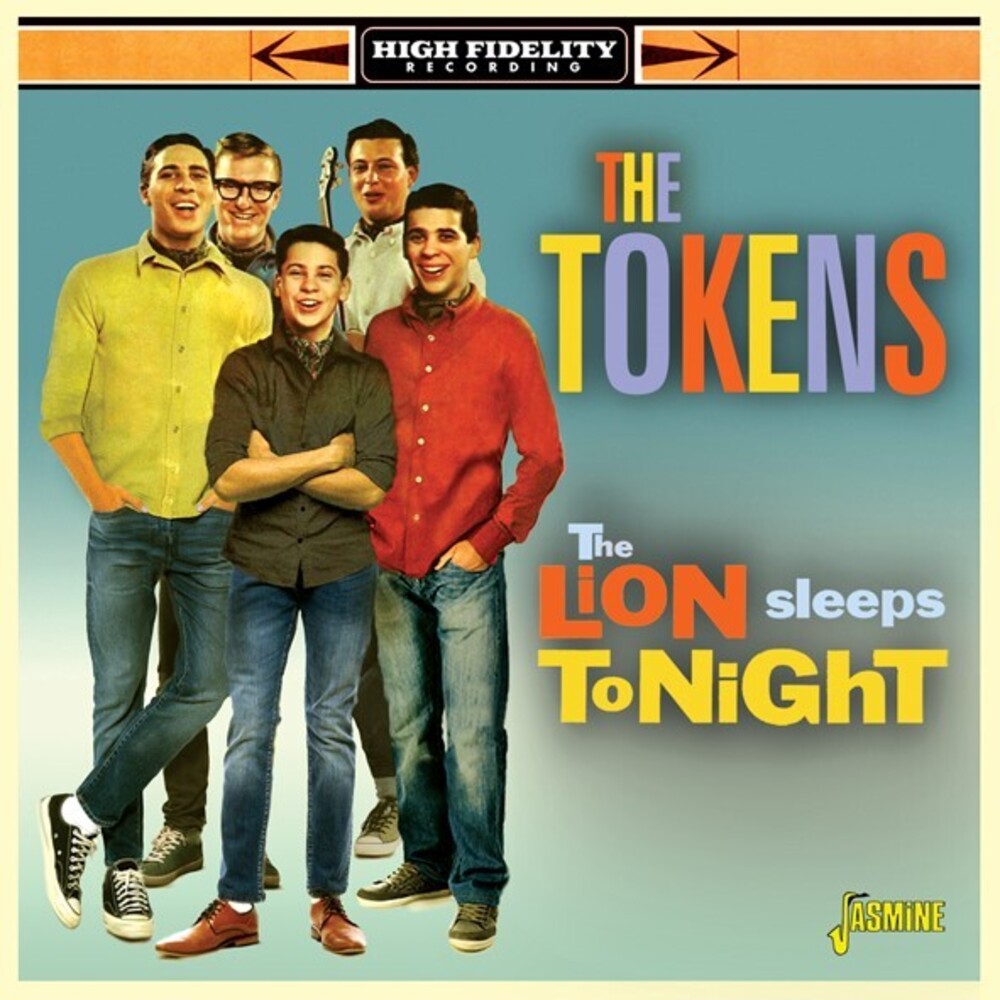 THE TOKENS name is of course synonymous with their biggest hit, the chart-topping, multi-million selling 'The Lion Sleeps Tonight', a song which has continually reinvented itself over the decades. The Brooklyn DooWoppers had cut their first 45 five years earlier, whilst still at school, but broke up shortly afterwards (Neil Sedaka was, famously, a founder-member and he both wrote and sang on their first record). After re-emerging in 1959 as the short-lived Darrell & The Oxfords, they reverted to their original name and in early 1961, cut their first million-seller, 'Tonight I Fell In Love'. During 1961 and 1962 they also charted with 'Sincerely', 'B'Wa Nina' and 'La Bomba', and the albums "The Lion Sleeps Tonight" and "We Sing Folk". This collection presents all The Tokens (together with their satellite identities) 45s issued between 1956-1962, plus the strongest sides from their first two LPs. This is the first time that this body of work has been thus compiled; many of these sides are surprisingly difficult to find elsewhere, while a couple of the real collectors' rarities have never previously appeared on CD.
back to top