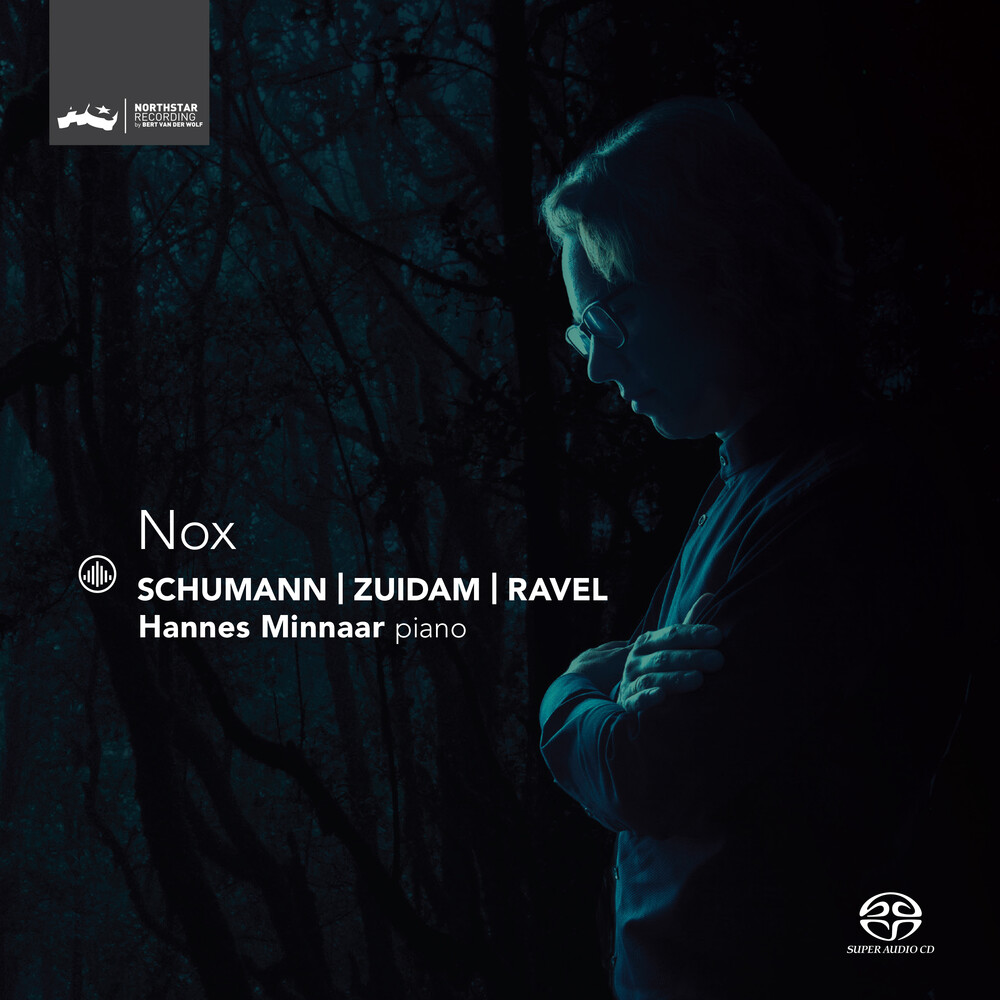 Nox, the Latin word for 'night'. In the world of art, the night of Schumann's Nachtstücke, Robert Zuidam's Nox and Ravel's Gaspard de la Nuit creaks open it's doors like a haunted castle for romantic poets and composers. Night-time visions became the foundations of a pre-Freudian subconscious in the late 18th and early 19th centuries. Some of the great writers discovered their dreams and anxieties, seeing themselves and the magic of imagination in the mirror of fantasy. It was no coincidence that their work provided intellectual sustenance for Robert Schumann, who also had a literary gift. His earliest works, which were entirely for piano up until his Nachtstücke, Op. 23, originated in psychological impressions gained from literature. Schumann wrote to his beloved, Clara Wieck, that the work stemmed from a premonition. During the composition, he kept seeing visions of funeral processions, "Coffins and miserable, despairing people". His instincts had not deceived him: on completing the work, with tears in his eyes, he heard that his brother Eduard was on his deathbed. Listening to the Nachtstücke again and knowing this, one can hear the shadows falling over light and life, depicted by the pianist's defeated irony. For Dutch composer Robert Zuidam, night is the night of toil. Nox is a night owl's ode to the hours of his creativity. Ravel had done everything he could in his piano cycles Jeux d'eau and Miroirs towards de-romanticising the 19th century character sketch, but he took an important step forward in Gaspard as regards both virtuosity and idiom. His aim was to produce something that was even more difficult to play than Balakirev's notorious Islamey. Gaspard is a deranged combination of abstract pianistic hyper-virtuosity with derailed eruptions of waltzes, peppered with raging, flamenco-style note repetitions and unplayable cascades of clusters of seconds, betraying the signature of Ravel's exceptionally dextrous thumbs.