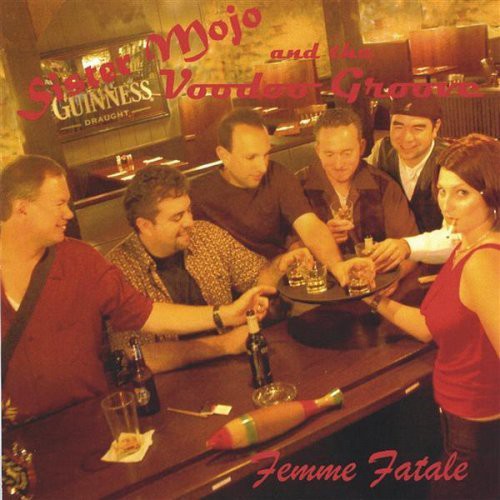 This is the first release from Sister Mojo and the Voodoo Groove. The band formed in part out of the ashes of the Swagger Kings, and features the dynamic vocals of Christy Olechnowicz. Lead guitarist and band leader Eric Eber wrote the songs around Christy's sultry vocals and demure stage presence. Sax lines from Pat Faith accentuate the compositions and add a dimension frequently missing from your typical blues act. The rythym section is rounded out by guitarist Jim Domingo, bass player Dan Graft and drummer Lucio Lombardo. The band road tested the material for 2 years prior to getting into the studio. The album was recorded at the beautiful Casa Domingo studio's in Cleveland Ohio, featuring all digital production and a one-of-a-kind room sound that really brings out the emotion of the sax.