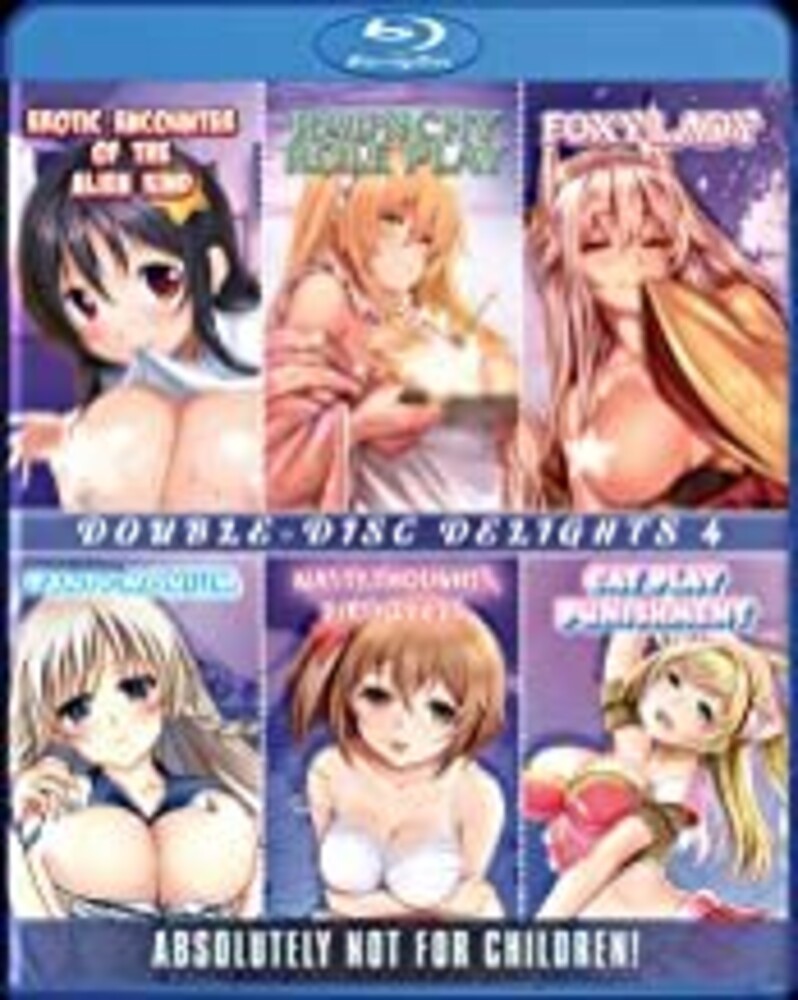 Double Disc Delights 4 (6 OVAs on 2 Blu-rays!) Erotic Encounters of the Alien Kind- An alien crash lands and accidentally kills a young woman named Amano. He repairs and resurrects her so that he can monitor her as part of his galactic mission to study human sexual conduct! Raunchy Role Play- A beautiful but bored debutante, has her eye on her devoted butler and concocts a clever way to make him serve her more intimately! Foxy Lady- Sultry vixen Ginko, works in the red light district serving pleasure for money. One day, she discovers her new client is the heroic man who saved her life many years ago! Panty-monium- Shuu hooks up with Hime and introduces her to his favorite fetishes- in a wild, rotating smorgasbord of sexual thrills! Nasty Thoughts, Dirty Deeds- A young man named Satoru begins dating Megumi, the school s hottest girl, and discovers that he has the ability to read her mind s dirtiest thoughts and desires! Cat Play Punishment- Haruna loses a video game to her gamer beau Shogo and must fulfill his erotic whims as punishment. When Shogo makes Haruna perform nude public cosplay wearing only cat ears and a tail, the real fun begins! 18 And Over Adult Content. Absolutely Not For Children!