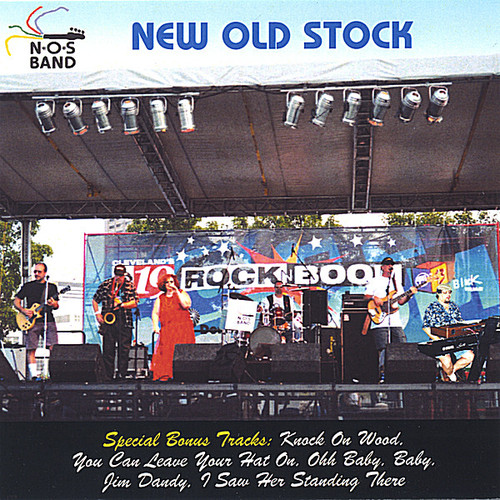 N*O*S Band (New Old Stock) was named the WMJI (105.7) Cleveland house band in 2003 (Cleveland's best classic rock/oldies band). The band has opened for national acts such as Steppenwolf and has performed live at numerous large event shows. Lori Cahan-Simon is a renowned vocalist with an amazing range of vocal styles. Lori has performed with jazz, R&B, rock and klezmer groups since she was 14 years old. Lori has recorded numerous cds in the various vocal styles that she performs. Lori is also an accomplished blues harp player and is featured on this recording. Jefferson Rice has spent a lifetime crafting his unique style of performance on keyboards and horns including sax and flute. Jefferson is consistently performing on the road and recording. Jeff contributes to the band's vocal section as well. Mark Augustine stands out as an exceptional guitarist. He brings to the band a depth of emotion and skill that comes from many years of performance and recording. LJ is the backbone of the band. LJ has played drums and percussion for local and regional blues and rock acts. Bill Barnett has played bass for over 25 years with rock and jazz groups both locally and nationally. Mixing the hard driving funk and rhythm and blues Bill interchanges the four and six string bass to maximize the heartbeat of the N*O*S Band. Bill is also a vocalist with the band.