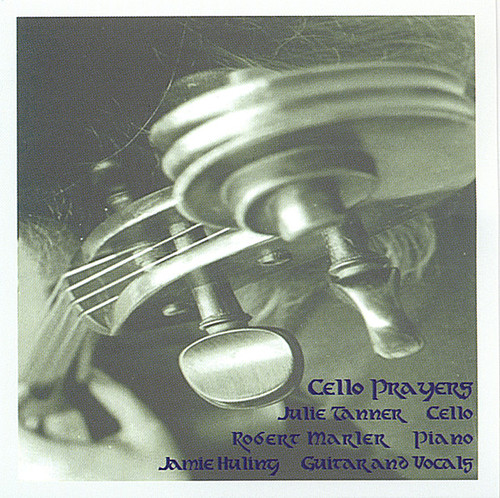 Julie Tanner has been the assistant principal cellist with the Nashville Symphony since 1978. She is frequently featured as a soloist and chamber player in the area, and has taught cello at the Blair School of Music at Vanderbilt University, Belmont University, and several other Tennessee universities. An active studio musician since arriving in Nashville, she is presently a member of the Nashville String Machine and she can be heard on many commercial recordings in many genres. Among her classical recordings, she is especially pleased with the Naxos recording of the complete Bachianas Brasilieras of Villa Lobos, with the Nashville Symphony; and most recently, the Nashville Symphony's 'Made in America.' Another Naxos recording, and all music of American composer, Joan Tower, it won three Grammy awards in 2008. On this first self-produced solo album, she hopes that in listening, you will feel the warmth and intimacy of her live performances. With the exception of the the two cello quartets (on which she plays all four parts) the musical selections are favorites from her repertoire. The settings of the hymn tunes are her own arrangements. She plays an old English cello, thought to be (because the label is torn out) of the Forster school in London, ca. 1820. Her first professional engagement was with the New Orleans Philharmonic's cello section. She was also principal cellist for the National Canadian Opera Company, and during her years as a freelance musician in New York City, she performed with numerous chamber and orchestral ensembles including the American Symphony, the New York City Ballet Orchestra, the New York Lyric Opera Orchestra, and the Federal Chamber Orchestra. Tanner's principal teachers were Daniel Domb and George Neikrug at the Oberlin Conservatory where she received her Bachelor of Music degree in 1970. Pianist Robert Marler is head of the piano department at Belmont University in Nashville. He and Tanner have been making music together since the 80's when both were on the Belmont music faculty. On this recording, he plays a Yamaha baby grand piano. Guitarist, vocalist, and song-writer Jamie Huling has been collaborating with Tanner on their original settings of his songs, and some of their favorite hymns for several years. Both members of the same church, they started making music together there, at Woodmont Christian Church in Nashville, TN. On this recording he plays a Martin guitar. You can find one more of her solo CD's here on CDBaby: search key word, Dakota, and find Sterling Dakota Forester's 'Five Works for Cello.' Enjoy!