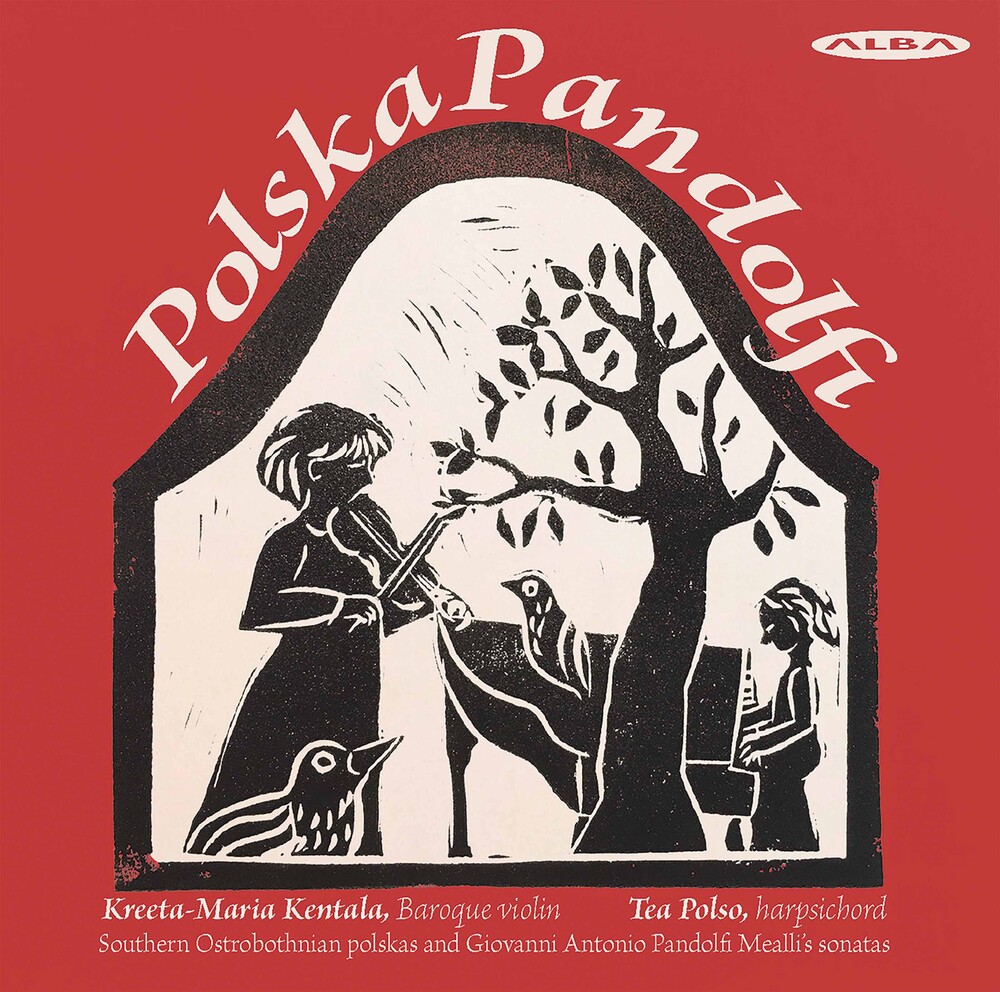 Baroque violinist Kreeta-Maria Kentala and harpsichordist Tea Polso's new album "Polska Pandolfi". According to the musicians playing on the album, the release combines "early Baroque music of Pandolfi Mealli with virtuoso and peculiarly sharp twists to South Ostrobothnian polskas that are almost as intricate and the musical hooks of both are guaranteed to get the blood circulating and your feet tapping the beat." The three-time Emma Award-winning Kreeta-Maria Kentala has studied violin at the Sibelius Academy, the Edsberg Music Institute in Stockholm as well as Baroque violin at the HKU University of the Arts Utrecht in the Netherlands, Hilversum. She works as a freelance artist, leading orchestras and performing as a chamber musician and soloist. Kentala has received the Finnish National Broadcasting Company's Record of the Year -award and the Janne Award for sound and video recording producers. She enjoys performing repertoire from unknown composers and rarely heard compositions, as well as interestingly mixing different genres. All of this is also heard on the new album. Tea Polso is a graduate of the Sibelius Academy with a master's degree in music, specializing in early music and church music. She has worked as both a church and concert musician. Polso currently works in several ensembles as a harpsichordist and organist. She is also the director of the SeinĂ¤joki Early Music Event.