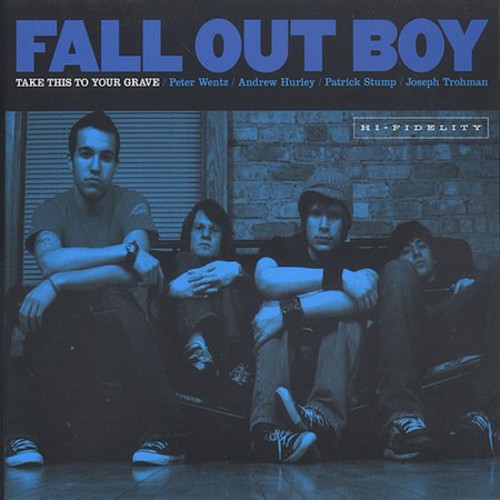 Take This to Your Grave
Artist: Fall Out Boy
Format: CD
New: OUT OF STOCK. Contact us for availability!
Wish

Fall Out Boy drawing influences from a healthy wealth of rock, pop and hardcore. They have constructed a distinctive sound of unforgettable melodies and quick stop and start breakdowns that wrap around clever lyrics and multifaceted guitar hooks. Fall Out Boy's coyly charming narratives on their latest album TAKE THIS TO YOUR GRAVE. It provides the perfect soundtrack for everyone who knows what it is like to be young and unsure of what the future holds.

''Take This to Your Grave'' is the second studio album by American rock band Fall Out Boy. It is the group's first release under the Fueled by Ramen label and was released on May 6, 2003. The album title is taken from a line from the lyrics of "The Patron Saint of Liars and Fakes", which reads "''Take this to your grave, and I'll take it to mine''". It is the first album to feature Andy Hurley. The Album is Certified Gold in the US. - Wikipedia