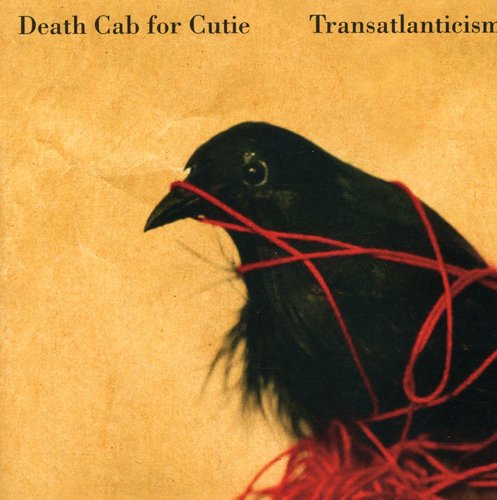 With songs equal to those on We Have the Facts and a lush, brilliant production that continues what The Photo Album started, Transatlanticism is easily Death Cab's best record to date. Much attention has duly been focused on doe-eyed singer/lyricist Ben Gibbard, co-star of the Postal Service phenomenon, and Ben's voice is as strange, beautiful, and as strong as ever on these songs, which deal with the difficulties of long-distance relationships. But guitarist/producer Chris Walla once again proves himself to be the band's secret weapon, layering subtle sonic touches throughout Transatlanticism, which is most definitely a "headphone record." This Seattle quartet is one of the only bands to really have picked up the intelligent, emotionally resonant, and guitar-driven indie-pop torch that Built to Spill briefly lit in the mid-1990s (before themselves heading off to the stoner-rock territory). DCFC themselves seem poised to finally break out to a wider audience, and they truly deserve it with this disc.

''Transatlanticism'' is the fourth studio album by Death Cab for Cutie, released October 7, 2003 on Barsuk Records. Prior to the album's release, Ben Gibbard stated: "...unlike ''The Photo Album'', I feel like this record is definitely more like a proper album. We’ve tried to construct it with transitions of songs going in and out of each other, and I think it's a little bit more expansive than the last record."

The album peaked at number 97 on the Billboard 200 Album Chart. The album has been certified Gold in the U.S. It is available on CD, SACD, and vinyl.

The album is Jason McGerr's first as the band's drummer. The album was rated the 57th best of the decade by ''Rolling Stone''. - Wikipedia