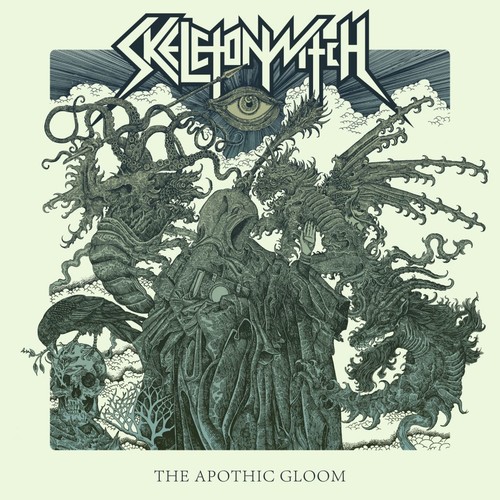 180gm vinyl LP pressing. Skeletonwitch are "a band that makes metal so brilliant, vital and special" (Metal Hammer). Relinquishing genre-boundaries with their mixture of blackened thrash, death and heavy metal, the band are a force to be reckoned with as they have incessantly spent the past ten years touring across the world while simultaneously releasing the most zealous, catchy riffs and precisely pummeling rhythms across five full-length releases with Prosthetic Records, including their most recent 2013 effort "Serpents Unleashed", which saw the band land at their highest chart position, #62 of Billboard's Top 200. The band present a reenergized power with the new year as they announce new vocalist Adam Clemans (Wolvhammer) to the current line-up consisting of Evan Linger (bass), Dustin Boltjes (drums) and founding members Scott Hedrick and Nate Garnette on guitars. Skeletonwitch debuted the first new material from their recording session at Baltimore, MD's Developing Nations with Kevin Bernsten (Noisem, Mutilation Rites) with the 7? single "Well of Despair" which they debuted live while being featured on Decibel Magazine's tour alongside Abbath, High on Fire and Tribulation.