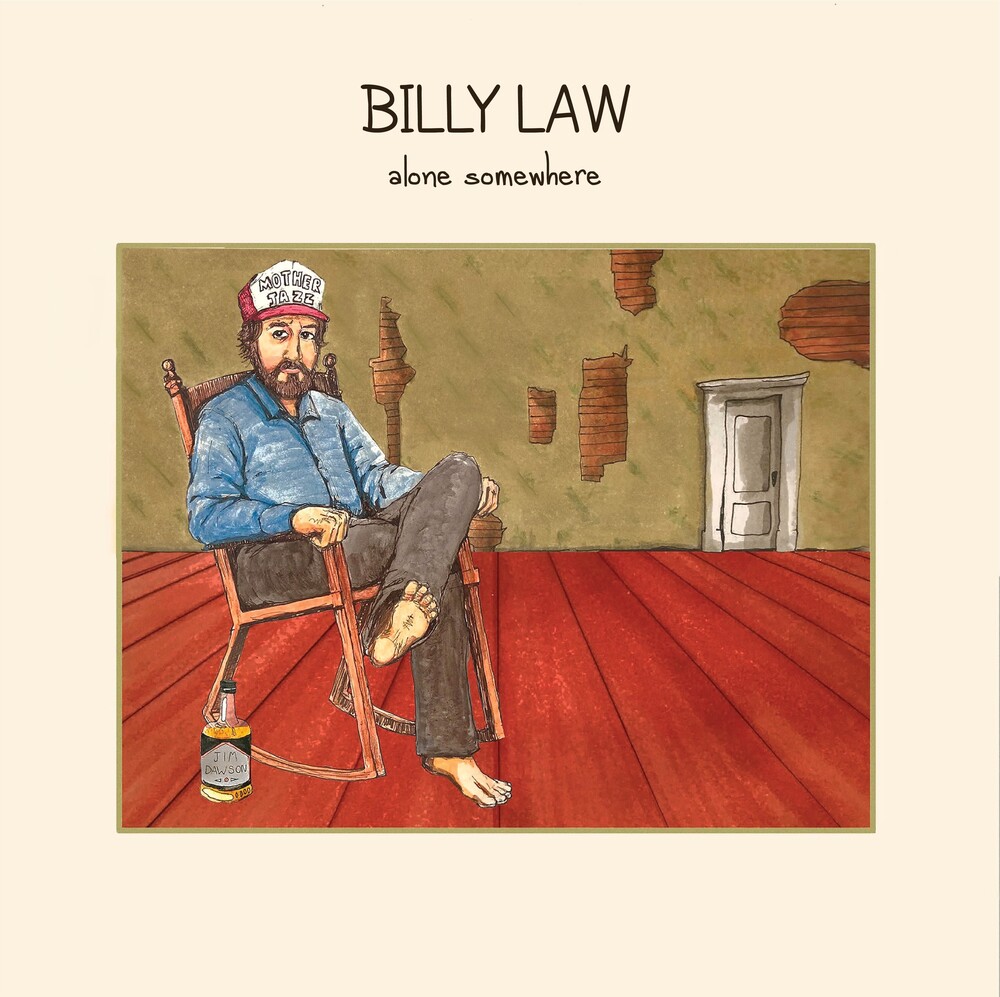 On his debut album Alone Somewhere, Billy Law is telling you a story. It's a story that feels familiar. Ups and downs and middle grounds, the good and the bad wrapped up together because that's precisely how life works. It's a masterful summation of human experience: the uneven act of growing up, youthful mistakes and adulthood regrets, finding, losing, and earning love, and the daily attempt to understand the person in the mirror. The music mirrors the rollercoaster of life, whisper quiet one second, rising to a rousing crescendo the next. "The album as a whole is really one long story unfolding," says Law. "It touches on a lot of the themes that go along with early adulthood - growing up, finding your purpose, finding your place in the world. It also follows the erratic love story of me and my wife falling in love and learning to trust each other." The album opens with lead single "It's Not Right." The song begins with just Law's subdued vocals and finger-picked acoustic guitar, but eventually builds to a rousing full band chorus. "I wrote this song at a point in my life where I was unsure about pretty much everything," explains Law. "It's about the ambivalence you can feel in the throes of anxiety. There's this surreal juxtaposition of feeling completely overwhelmed on the inside and yet, you can barely muster any kind of reaction at all on the outside." Despite the varied elements from which it draws, there's a cohesive vibrancy that runs through the album, with Law and his band, lovingly known as "The Baby Boys," winding the colorful threads together. It makes for an intriguing listen, and one that fans of Law's other musical outlet, raucous Dallas, TX rockers Ottoman Turks, may find especially surprising. Songs tend to rise and fall with the emotion of the lyrics, with Law moving from a near whisper to a plaintive moan to an impassioned shout. The creation of the album itself mirrored the highs and lows present in Law's songs, recorded over four years in friends' home studios, living rooms, and closets. This long, slow, homespun method certainly finds it's way into the sound of the album, where you can almost palpably feel the late nights and low lights that produced it.Law's songs will speak to you in a way that's startlingly familiar. He crafts tunes that are at once painfully personal and yet universal. They are raw, truthful, real. He has lived these lyrics. And in his sometimes weary but always urgent voice, you find kinship. Alone Somewhere simultaneously plays like an epic concept album and a series of intimate case studies that are easy to dig into over and over again.