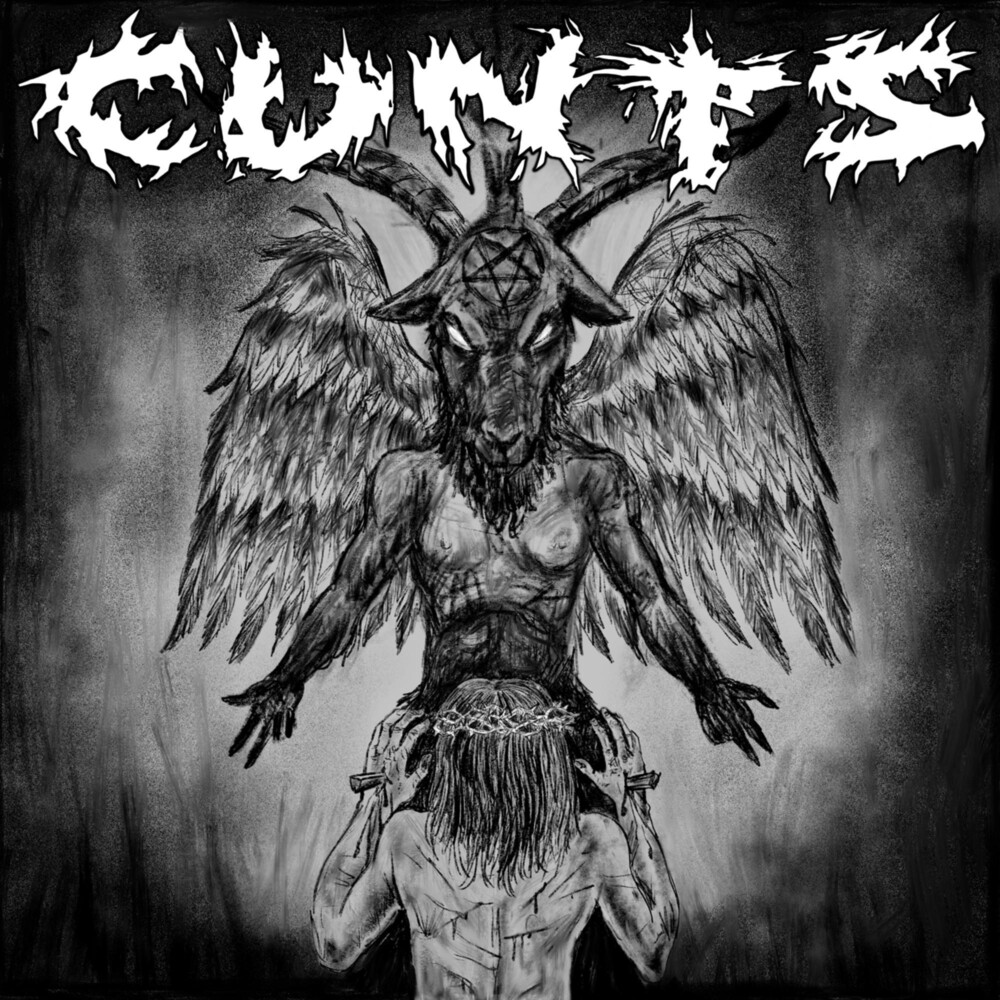 Vinyl LP pressing. Cunts is an iteration of disgust, a statement of contempt. In an age when degrees of absurdity are the only accurate unit of measure, Cunts stand defiantly in the face of a declining civilization and thumb their collective nose. They have no use for lofty ideology or half-cocked idealism. They do not seek your approval any more than they need your permission; that is to say, not at all. Comprised of Los Angeles scene vets Michael Crain (Festival Of Dead Deer/Retox/Dead Cross), Sterling Riley (Hepa. Titus/Orphan Goggles), Keith Hendrikson (Virginia Reed/Kill The Capulets), Kevin Avery (Retox/Planet B) and Matt Cronk (Qui), Cunts is a band that requires no explanation. Since appearing on the LA underground scene in early 2018, Cunts have earned a reputation for their blistering and intense (and often violent) live shows. Equal parts catharsis and blood-letting, Cunts as a live entity is an unapologetic display of rage and sex, of belligerence and contempt, of body and soul.