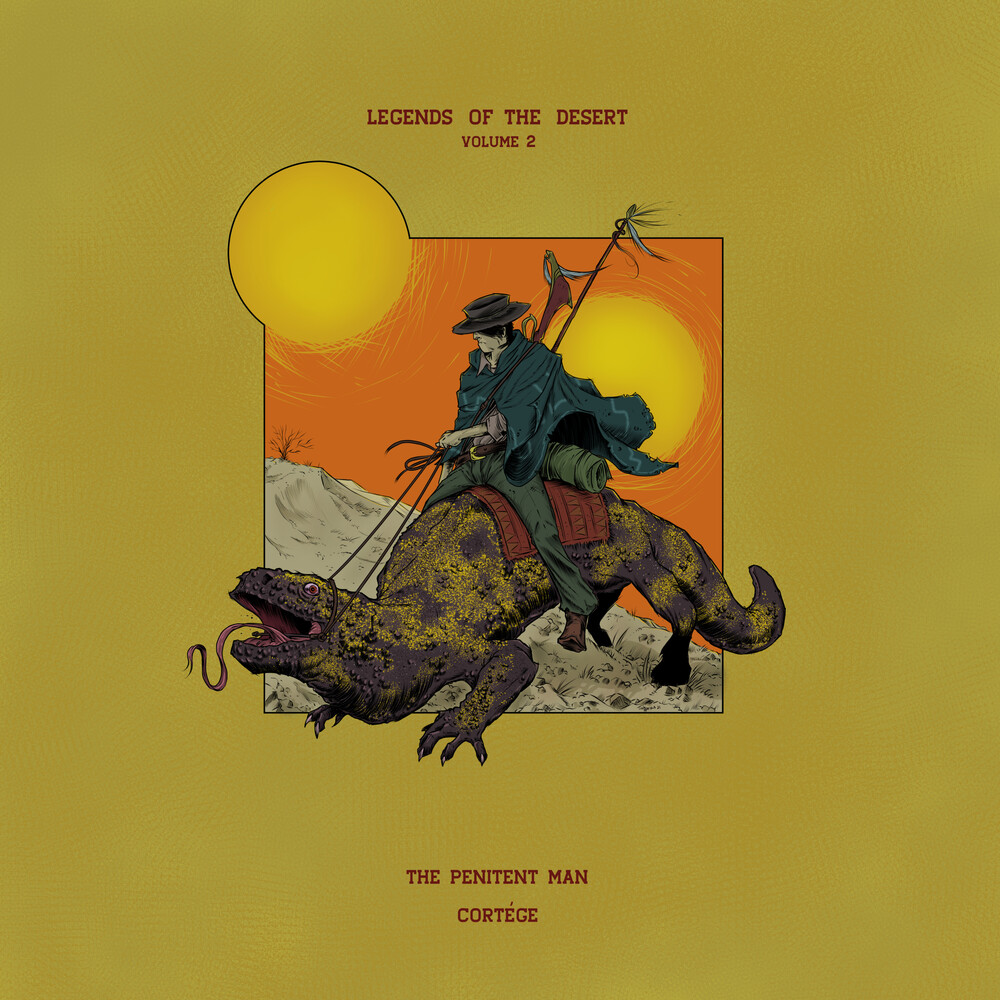 Legends of the Desert: Volume 2 releases on June 4th, 2021. Vol. 2 brings us further into the desert showcasing new and classic Desert Rock bands geographically located in the Southwestern United States. Continuing the vision of Vol.1, the second installment will introduce the world to two new "Legends" bands, carefully curated by Desert Record's owner Brad Frye. The Penitent Man is a 5-piece from Salt Lake City. Blending Desert Rock, Classic Rock, Heavy Blues. These exclusive songs featuring the special guest, Todd Ogren from Rival Sons on keyboard for all three tracks! Sounds like Led Zeppelin teamed up with Alice in Chains to make an album in the desert. Cortége is a duo from Austin, TX. They play Ambient Doom mixed with post-western cinematic scores. Heavy bass guitar, drums, and tubular bells. Sounds like if Earth and Pink Floyd teamed up to do a soundtrack to a David Lynch film. All the music for Legends of the Desert is exclusive to the series. Maintaining the quality and consistency throughout the 7-part series, we will see the return of the Legends team. New & stunning album artwork by the series artist, Joshua Mathis, features an album cover with a Gunslinger riding a Gila Monster. The timeless, classic looking graphics and layout from Garrett Hellman will be featured along with Mathis's artwork. Mastering will be handled by the series audio mastering engineer, Mark Fuller. Enter further into the desert.