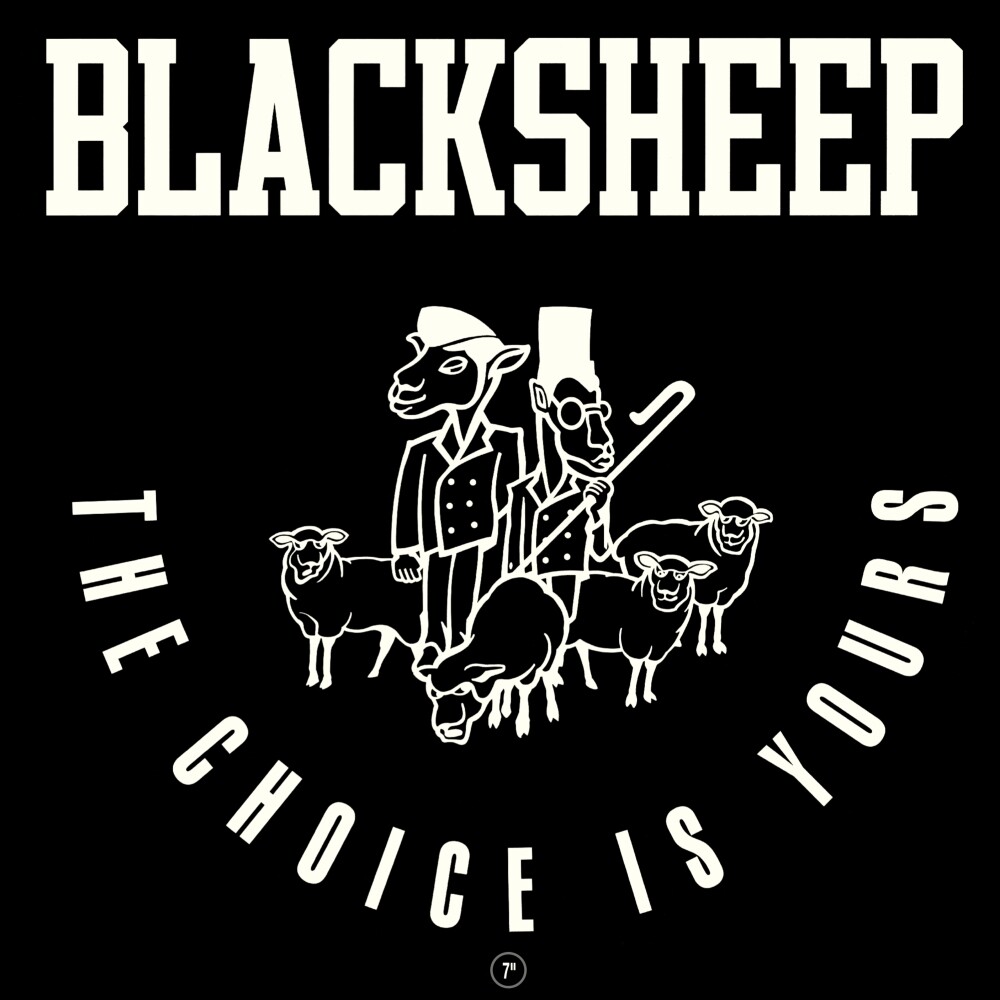 The Choice is Yours is one of the most celebrated 12" releases of the early 1990s. The story of why is told on this 7" - the first official release on this format (and, technically, the first UK release in any format except as a B-side). The original version, here on the flip, is a fine track in it's own right, and is the version you'll find on the seminal 'A Wolf in Sheep's Clothing' album. Built around elements from Johnny Hammond's oft-sampled 'Big Sur Suite' from 1974 and incorporating snatches from Iron Butterfly and the Bar-Kays, it's a truly original, witty track that showcases Dres' deft wordplay and the group's way with a hummable hook. However, what made the song legendary was the reworked version called 'The Choice is Yours (Revisited)', here on the A-side. It more or less rebuilds the track from the foundations and, accompanied by an iconic and acclaimed video, is for many the definitive version.It's the soundtrack to many a hyped club night, a track that could ignite the audience in the same way that Onyx's 'Slam' would a couple of years later. It weaves together vocal stabs from Sweet Linda Divine with a propulsive bassline from McCoy Tyner that seems like a significant step forward in the jazz-sampling era of hip-hop. Widely quoted, referenced and even covered in music ever since, this is a classic that punches well above it's weight.