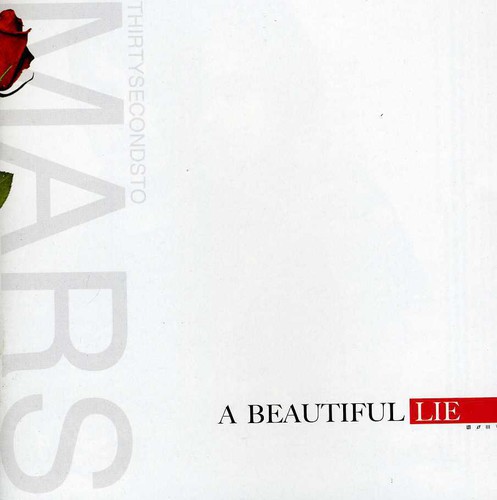 A BEAUTIFUL LIFE, is an impressive step forward in the musical evolution of 30 Seconds to Mars. The band continues to take artistic risks, bravely running the sonic and emotional gamut. The first single is "Attack."

''A Beautiful Lie'' is the second album by American rock band 30 Seconds to Mars. It was released on August 30, 2005 through Virgin Records and was produced by Josh Abraham. The album produced four singles, "Attack," "The Kill," "From Yesterday," and "A Beautiful Lie"; of which three of those four singles managed to chart within the top 30 on the U.S. Modern Rock chart, with "The Kill" and "From Yesterday" entering the top three.

''A Beautiful Lie'' differs notably from the band's self-titled debut album, both musically and lyrically. Whereas the eponymous concept album's lyrics focus on human struggle and astronomical themes, ''A Beautiful Lie''s lyrics are "personal and less cerebral." And the music, while previously atmospheric, and takes on a youthful, more post-hardcore approach by introducing intense screaming vocals and deemphasizing synth effects. - Wikipedia