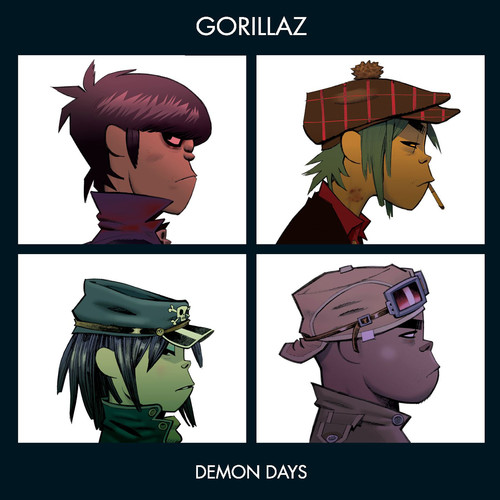 DEMON DAYS is the highly anticipated follow up to their multi-platinum debut. Album has been co-produced by Damon Albarn and DJ Dangermouse. With guest appearances from artists such as Ike Turner, de la Soul and Mf Doom. Features the first single "Feel Good, Inc.".

Much like 2001's ''Gorillaz'', the release of ''Demon Days'' and its respective tour were accompanied by various multimedia. These included interactive features on the ''Gorillaz'' website, a total of four animated music videos, virtual interview sessions with the band, and animatics for each song. Almost all of the numerous visual aspects associated with the album were were designed by Gorillaz Co-Creator Jamie Hewlett along with Zombie Flesh Eaters. - Wikipedia