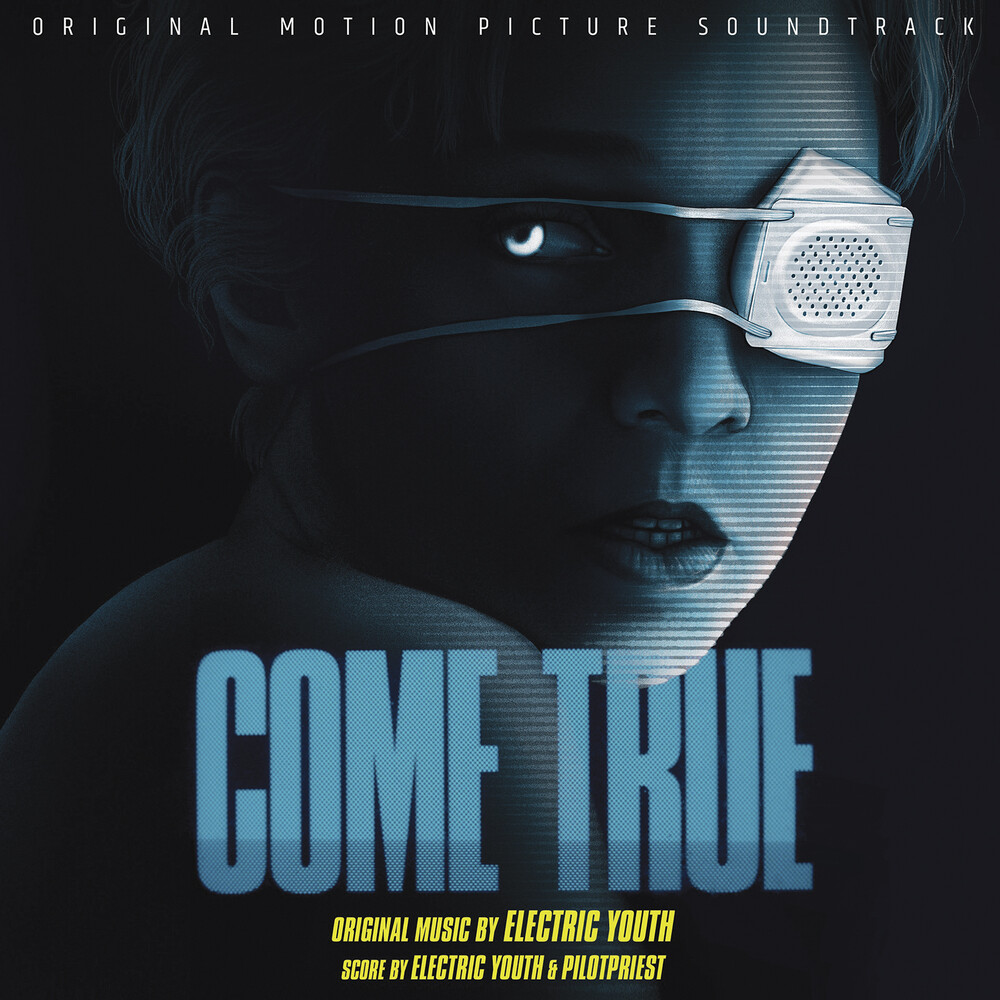 Waxwork Records is proud to present COME TRUE Original Motion Picture Soundtrack by Electric Youth and Pilotpriest. COME TRUE is a 2021 science-fiction horror film written and directed by Anthony Scott Burns. The film follows the story of a high school student, Sarah, who is at her lowest point yet when she runs away from home and finds herself with no one to rely on and struggling with recurring nightmares. She chances upon a university sleep study that offers the promise of safety and money and brings her an unexpected friend and confidant in the overseeing scientist Jeremy. But there's something curious about proceedings and being under observation seems to make Sarah's disturbing dreams even worse. As the darkness begins to close in, it's soon clear that Sarah has unknowingly become the conduit to a horrifying, new discovery... Inspired by the work of Nicolas Roeg, William Friedkin, Stanley Kubrick, and David Cronenberg, as well as sleep studies conducted by Berkeley University, COME TRUE seeks to ask what would happen if we could see other people's dreams? What would we see? What would we discover about ourselves? What if these shadows from our collective dreams saw us looking back at them? The music of COME TRUE was composed by celebrated synth-pop duo Electric Youth and electronic artist Pilotpriest and encapsulates a dark, dreamworld landscape that carries viewers across the journey of the film with pulsing urgency. ELECTRIC YOUTH is a Toronto-based duo consisting of Bronwyn Griffin (vocals, songwriter) and Austin Garrick (producer, songwriter, synthesizer, drums). Their initial breakthrough came in 2011 when their song "A Real Hero" was prominently featured in the movie DRIVE and went on to be nominated for a 2012 MTV Movie Award in the category of "Best Music" and was named one of the 20 Best Songs of 2011 by Rolling Stone. Their second studio album "Memory Emotion" was released in 2019. PILOTPRIEST is the music/composing moniker of Anthony Scott Burns. Under this pseudonym, he has released a number of critically successful albums and EP's, including the twice sold out triple LP cult hit "Original Motion Picture Soundtrack", which was released on Waxwork Records. Waxwork Records is excited to present COME TRUE Original Motion Picture Soundtrack as a deluxe vinyl release featuring heavyweight "Sleep Study" colored vinyl (Cyan Blue with Red and Yellow Splatter), new artwork by Sara Deck, old-style tip-on gatefold jackets, a heavyweight insert, liner notes, and production photography.