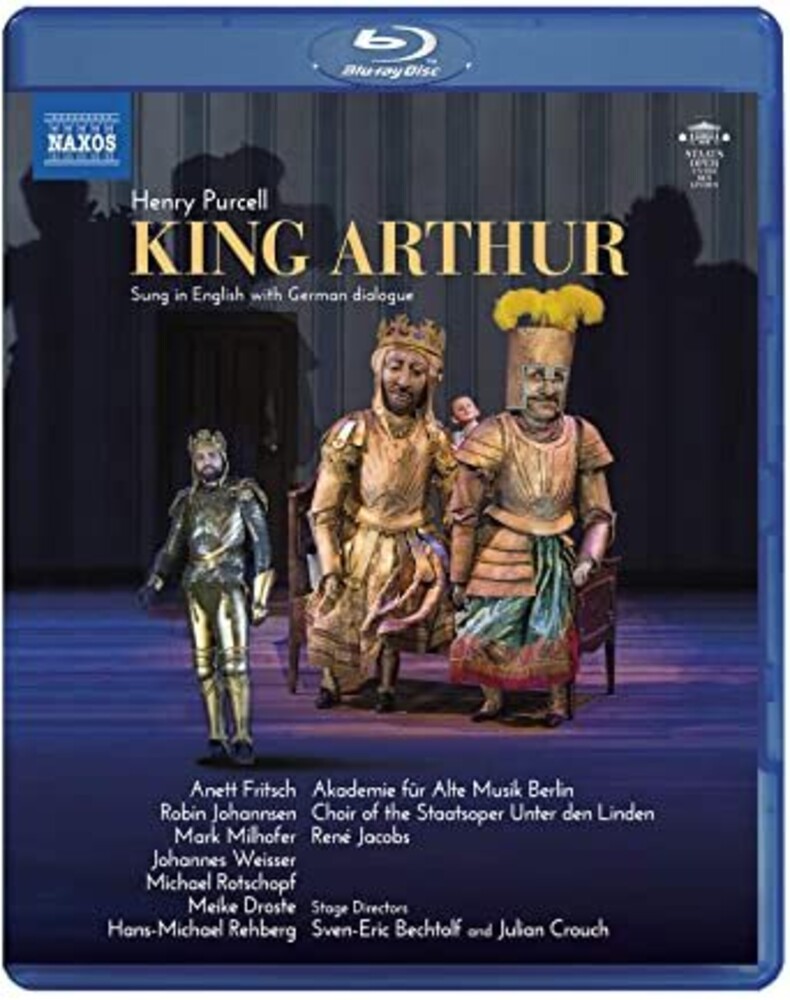 The collaboration of the poet John Dryden and Hendry Purcell marked a conspicuous leap forward for English opera. Their greatest project, King Arthur, is a five-act 'dramatick opera,' the text of which had it's origins in a patriotic musical play Dryden had written in 1684 but which he radically overhauled. The result was a work that appealed to the audience's enthusiasm for fine costumes, lavish sets, ingenious stage machinery and a cast of singers, dancers and instrumentalists, containing vocal show-stoppers such as the imperishable 'Frost Scene' and 'Fairest isle. ' This critically acclaimed staging uses a new performing edition by Rene Jacobs, and is sung in English with German dialogue. Bachtrack. Com greatly admired the 2017 performance: "The singing cast- all of which played up to six parts each- were strong throughout Soprano Anett Fritsch marveled as Merlin's trusty spirit Philidel and Cupido, her coloratura agile and light, her singing and speaking impressive both on stage and whilst airborne. Bass Johannes Weisser played a suitably repulsive Grimbald and convinced vocally in the Cold Genius' staccato aria "What Ho," Soprano Robin Johannsen and Altus Benno Schachtner delighted particularly during their touching love duet. "