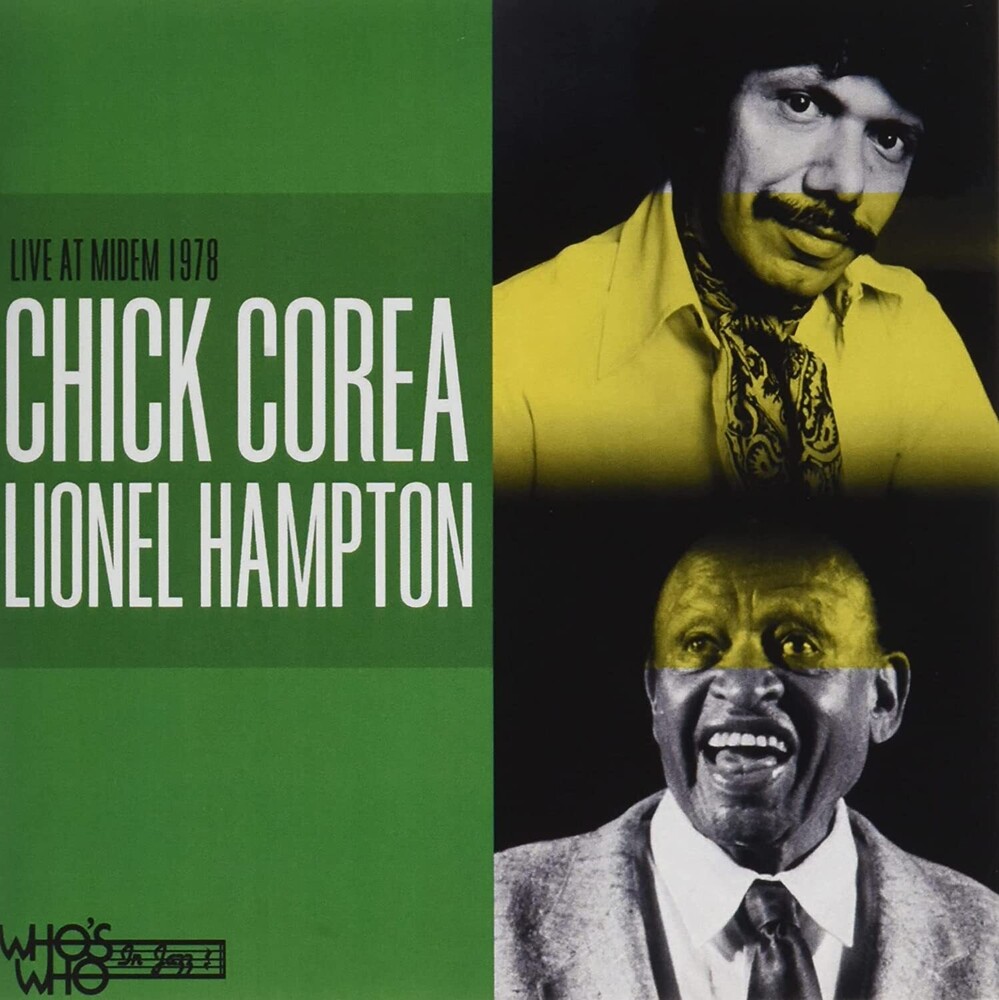 Founded in 1977 by Lionel Hampton, the Who's Who in Jazz label existed as a means to present to the world the best musicians that the jazz world had to offer. With Lionel chairing the recording sessions (and also featuring on several of the sessions himself), these recordings have truly earned their title featuring jazz greats such as Buddy Rich, Charles Mingus, Terumasa Hino, Sonny Stitt, Teddy Wilson, Stéphane Grappelli and Dave Brubeck, amidst the many others. An exciting concert recording featuring two of the jazz greats, Cick Corea (keys) and Lionel Hampton (vibes), recorded live at Palm Beach Casino, Cannes, France during the MIDEM Jazz Gala on January 22, 1978. Horn parts by Ron Moss (trombone) and Al Vizzutti (trumpet) were overdubbed later on at Excalibur Studios, Studio City, California. Gayle Moran features as guest vocals on 'Come Rain or Come Shine'.