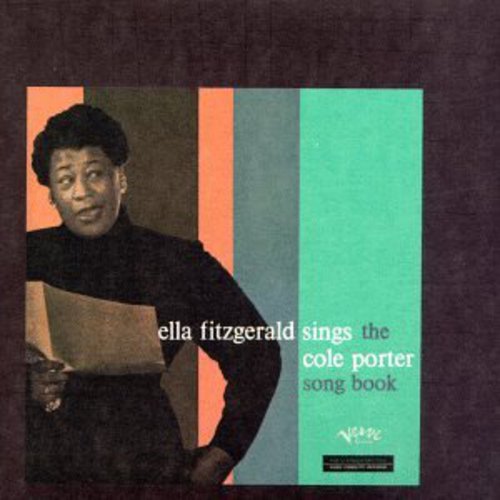 This great collection is finally available as a complete 2-CD set for the 1st time, with 3 bonus tracks, original cover art and in terrific, high resolution sound. Highlights include "Anything Goes," "Miss Otis Regrets," "In the Still of the Night," "I Get a Kick Out of You," "Let's Do It (Let's Fall in Love)," "Ev'ry Time We Say Goodbye," "Begin the Beguine," "You're the Top," "I've Got You Under My Skin" and more.

''Ella Fitzgerald Sings the Cole Porter Songbook'' is a 1956 album by the American jazz singer Ella Fitzgerald, accompanied by a studio orchestra conducted and arranged by Buddy Bregman, focusing on the songs of Cole Porter.

This was Fitzgerald's first album for the newly created Verve Records. Fitzgerald's time on the Verve label would see her produce her most highly acclaimed recordings, at the peak of her vocal powers. This album inaugurated Fitzgerald's ''Songbook'' series, each of the eight albums in the series focusing on a different composer of the canon known as the Great American Songbook. Fitzgerald's manager, (and the producer of many of her albums), Norman Granz, visited Cole Porter at the Waldolf-Astoria, and played him this entire album. Afterwards, Porter merely remarked, "My, what marvellous diction that girl has".

This album was inducted into the Grammy Hall of Fame in 2000, which is a special Grammy award established in 1973 to honor recordings that are at least twenty-five years old, and that have "qualitative or historical significance." In 2003, it was one of 50 recordings chosen by the Library of Congress to be added to the National Recording Registry. - Wikipedia