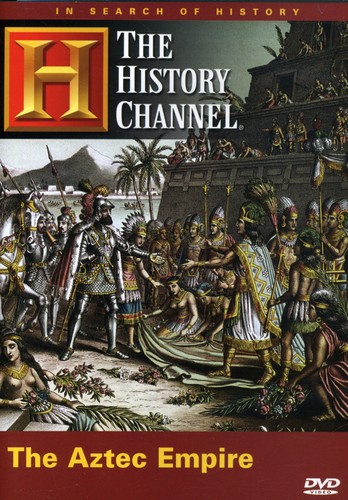 When explorer Hernando Cortes arrived in the New World in 1519, he found the present-day nation of Mexico dominated by the Aztecs. Highly skilled farmers, builders, and merchants, they were also savage warriors who practiced human sacrifice. HISTORY presents a comprehensive profile of this fascinating civilization. Listen as leading scholars trace the rise of the Aztecs from a band of just over 1,000 to the dominant culture of ancient America, and learn how the Spanish were able to hasten the fall of this mighty society in mere months. Tour the great temple of Tenochtitlan, where ongoing excavations are unraveling some of the enduring enigmas of the Aztecs, and discover the culture's continued influence in Mexico today. THE AZTEC EMPIRE explores the riveting history of a civilization that rose to dominate nearly all of Mexico in just 400 years.