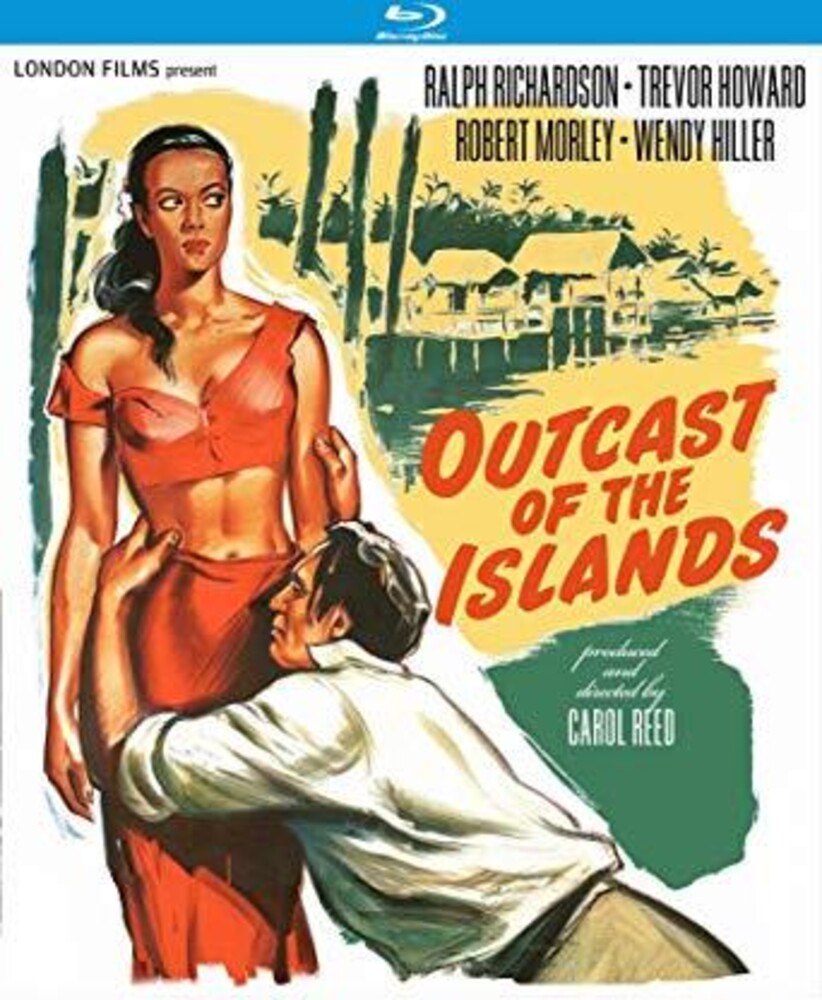 From Carol Reed, the renowned director of Night Train to Munich, Odd Man Out, The Fallen Idol, The Third Man, The Man Between, Trapeze and Oliver!, comes this thrilling drama starring Ralph Richardson (The Sound Barrier), Trevor Howard (The Offence), Robert Morley (When Eight Bells Toll), Wendy Hiller (Separate Tables), Kerima (The Devil Is a Woman), George Coulouris (Citizen Kane), Wilfrid Hyde-White (The Browning Version) and James Kenney (The Slasher). When the immoral Peter Willems (Howard) is accused of stealing in his position at a Dutch East Indies port, he persuades the man who gave him his start in life, the merchant ship captain Lingard (Richardson), to take him up-river to a secret trading post on a remote Indonesian island. There, he falls in love with the beautiful native woman Aissa (Kerima), as the cunning Babalatchi (Coulouris) tries to trick and blackmail him into disclosing the entrance of the secret trading route. Beautifully shot in black-and-white by John Wilcox (The Last Valley) and Edward Scaife (An Inspector Calls), Outcast of the Islands is a compelling adaptation of Joseph Conrad's classic novel.