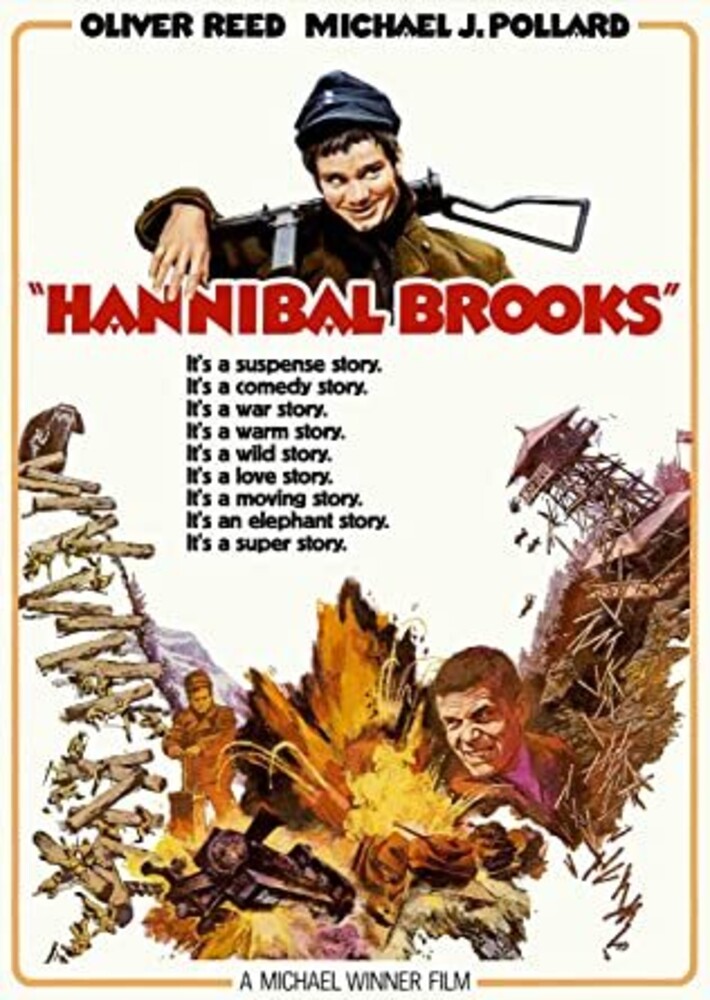 In this comedic WWII adventure, Oliver Reed shines as Stephen "Hannibal" Brooks-a British prisoner of war who is forced by his German captors to work in a Munich zoo. After the facility is bombed by American forces, he is tasked with transporting an elephant to Innsbruck via train-hatching a clever escape plan along the way. With Michael J. Pollard, Wolfgang Preiss. 102 min. Widescreen; Soundtrack: English; Subtitles: English; theatrical trailer.