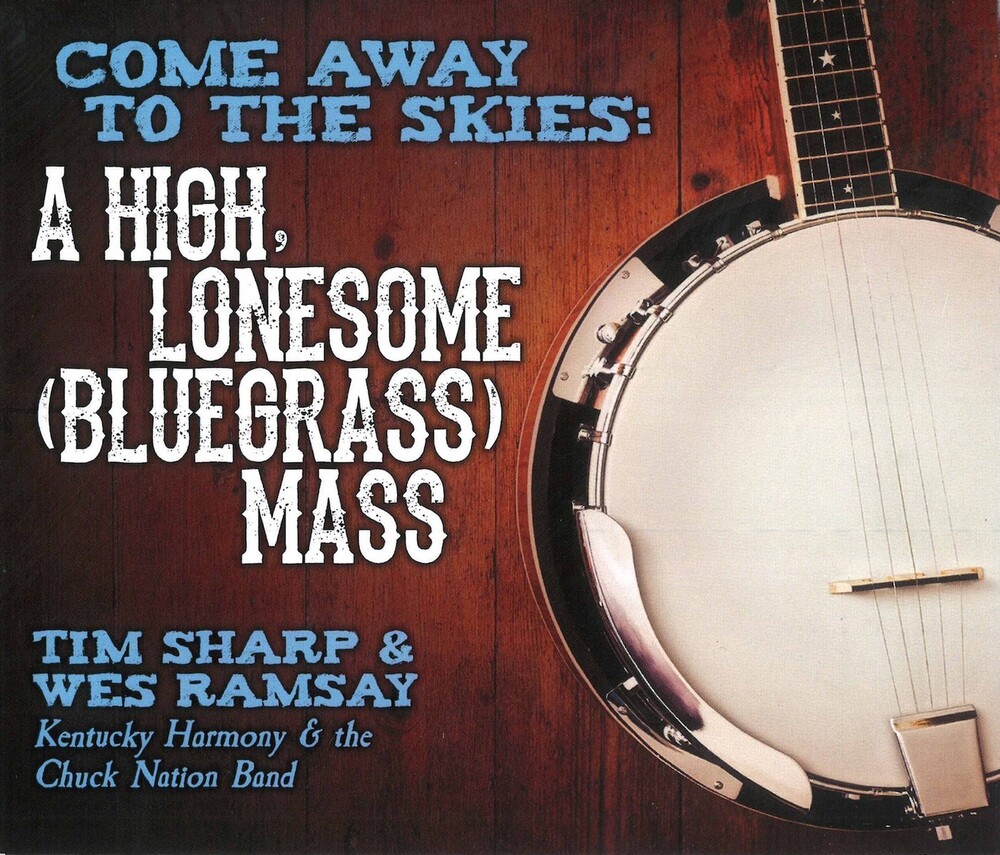 Come Away to the Skies
Artist: Ramsay / Kentucky Harmony / Chuck Nation Band
Format: CD
New: OUT OF STOCK. Contact us for availability!
Wish

This collection of music is a winsome set of folk-hymn arrangements originating in the mid-nineteenth century collections of the Sacred Harp and Southern Harmony, and organized around a significant liturgy of the church. The hymnbooks from which this music is found were unique to the southern region of the United States. The service known as a High Mass comes from the ordering of the Christian church liturgy into a standardized theological and dramatic liturgical flow. Many faith communities share this liturgy, in one form or another. Certainly, the Roman Catholic Church is known historically for the service of the mass, but Protestant groups such as Lutherans and Episcopalians also share the service. The adjective "high" before the word "mass" partially indicates a service that is chanted and sung, as differentiated from a service that is mainly spoken. The historic texts, usually known by their Latin name, form the various sections of the traditional mass: Introit, Kyrie, Gloria, Credo, Sanctus, Benedictus, and Agnus Dei. The working title for this collection plays on the word "High Mass", by inserting a term unique to the history of the bluegrass musical style, which is the word "lonesome." This description, coined by Bill Monroe, the so-called "Father of Bluegrass Music", is the idea of bluegrass music as a "high, lonesome sound." Monroe is referring to his own vocal quality and range, as well as a modal melodic contour, a quality shared by bluegrass vocalists such as Ralph Stanley, Del McCoury, Ricky Skaggs, and also heard in female musicians such as Alison Krauss, Emmylou Harris, and Dolly Parton. The subtitle, A High, Lonesome Mass plays on this combination of both service and sound.