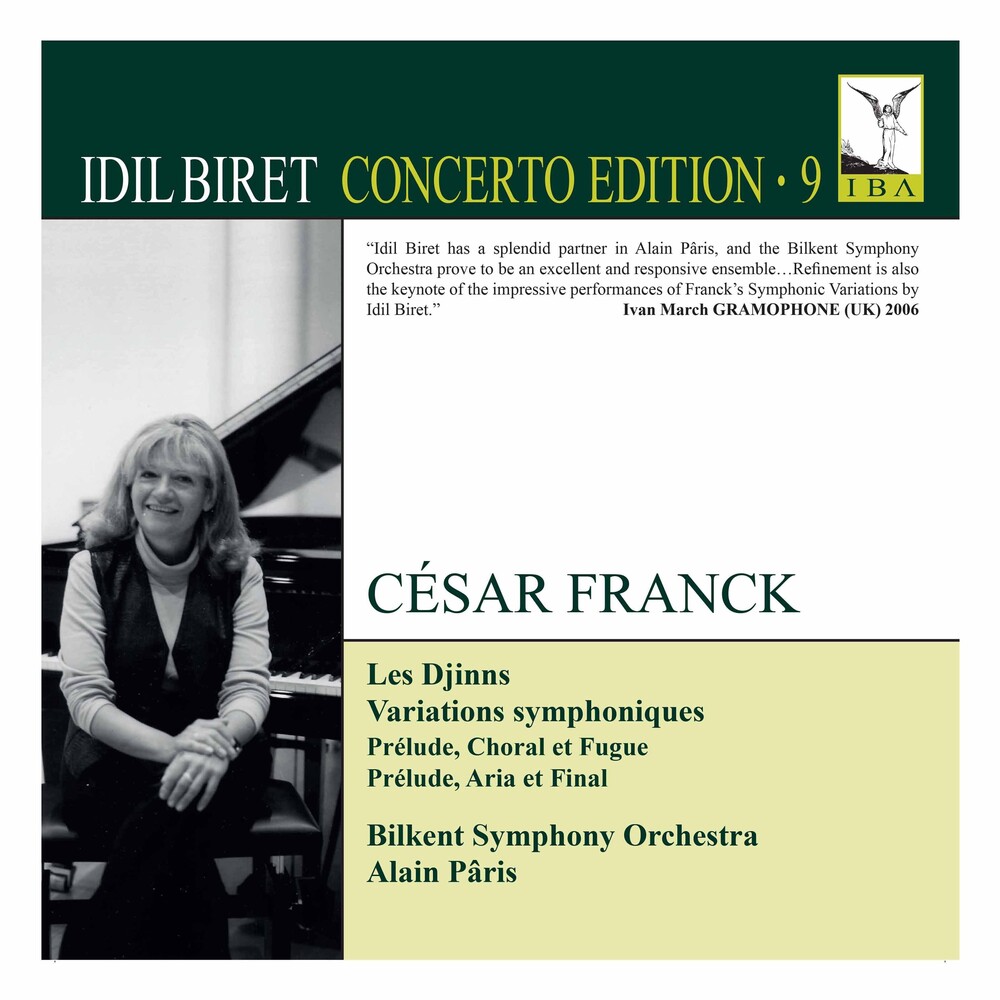 In November 1949, at the age of eight, Idil Biret entered the studios of ORTF (Radiodiffusion Television Francaise) in Paris and made her first recordings; these were works by Couperin, Bach, Beethoven and Debussy. In the following decades she made nearly 100 LPs and CDs, released on ten record labels (Pretoria, Vega, Decca, Atlantic/Finnadar, Pantheon, EMI, Naxos, Marco Polo, Alpha, BMP) and many recordings for radio and television stations around the world. These included the complete piano works of Brahms, Chopin and Rachmaninoff as well as the Sonatas of Boulez and the Etudes of Ligeti. The Idil Biret Archive (IBA) is now bringing together her past and present recording; as the copyrights are obtained, old recordings no longer available commercially are being released together with her new recordings. The transcriptions by Liszt of Beethoven's Symphonies, originally recorded for EMI, and the newly recorded 32 Sonatas and all the Piano Concertos of Beethoven were released by IBA and also made available in a box set. All the Piano Concertos of Liszt, Tchaikovsky, Schumann and Grieg and the nine LPs recorded for Atlantic/Finnadar in New York which include works by Boulez, Webern, Berg, Ravel and Stravinsky were also released. Among the recent new releases are Liszt's Etudes and the piano transcription of Berlioz's Harold en Italie, Schumann's Carnaval, Fantasie and other works, all five Piano Concertos of Hindemith and, in the Archive Edition, the early LPs made in France for Pretoria (Schumann, Brahms), Vega (Bartok, Prokofiev, Brahms, Beethoven) and Decca (Rachmaninoff). IBA is distributed worldwide by Naxos.