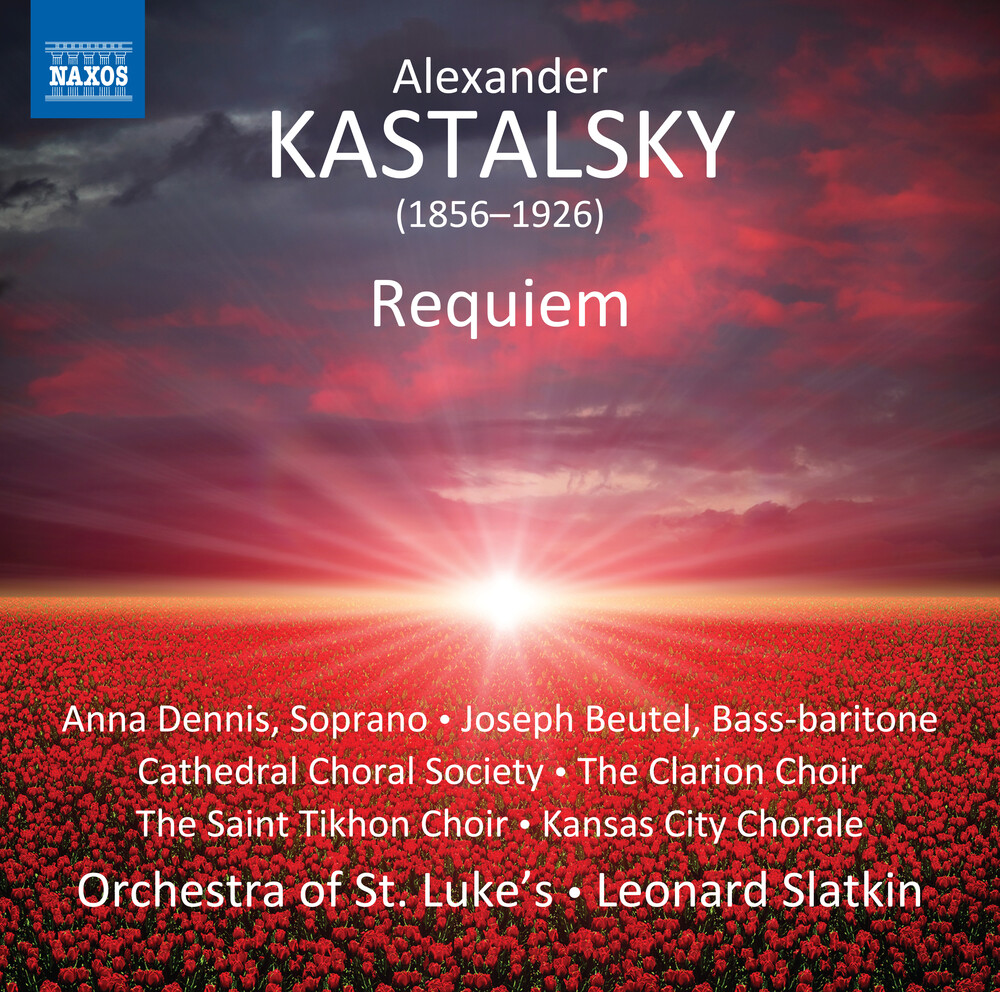 Alexander Kastalsky was a student of Tchaikovsky and a mentor to Rachmaninoff, becoming director of the Moscow Synodal School until the Bolshevik regime banned all sacred music, including the extraordinary Requiem for Fallen Brothers which consequently lay forgotten for over a century. The Requiem is a rich and varied mosaic that honors those who perished in the First World War, poignantly combining Orthodox and Gregorian chant with hymns from the allied nations, even including Rock of Ages. This unprecedented and peerless monument to those who made the ultimate sacrifice was acclaimed on it's 1917 premiere as a 'uniquely Russian requiem that... gave musical voice to the tears of many nations.' This is a world premiere recording.