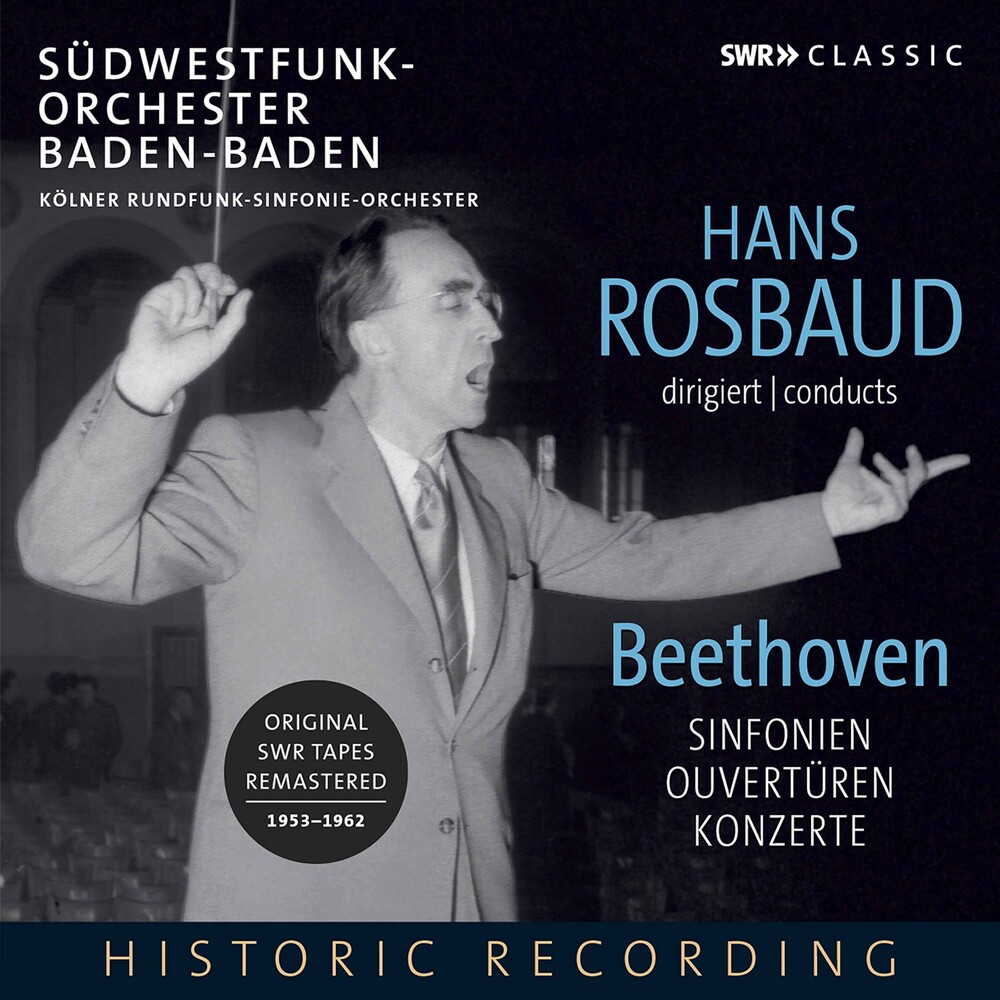 Hans Rosbaud was one of the few great conductors in his time, who hardly performed outside Germany, Switzerland and France but nevertheless gained international reputation, virtually legendary status. And certainly: had he conducted more often in Anglo-Saxon countries and made more records, he would be much better-known today and internationally appreciated as one of the most important musicians of the 20th century. This is the new installment of the series dedicated to the SWR recordings of the conductor Hans Rosbaud. It contains all Beethoven's Symphonies and Overtures Rosbaud has recorded for the SWR, among them two different versions of the 8th Symphony. There are however no recordings of the 8th and the 4th. Additionally, famous interpreters Ginette Neveu and Géza Anda are to be heard on this album with the Violin Concert, respectively with the Piano Concert No.5, also not less famous Trio di Trieste with the Triple Concert.