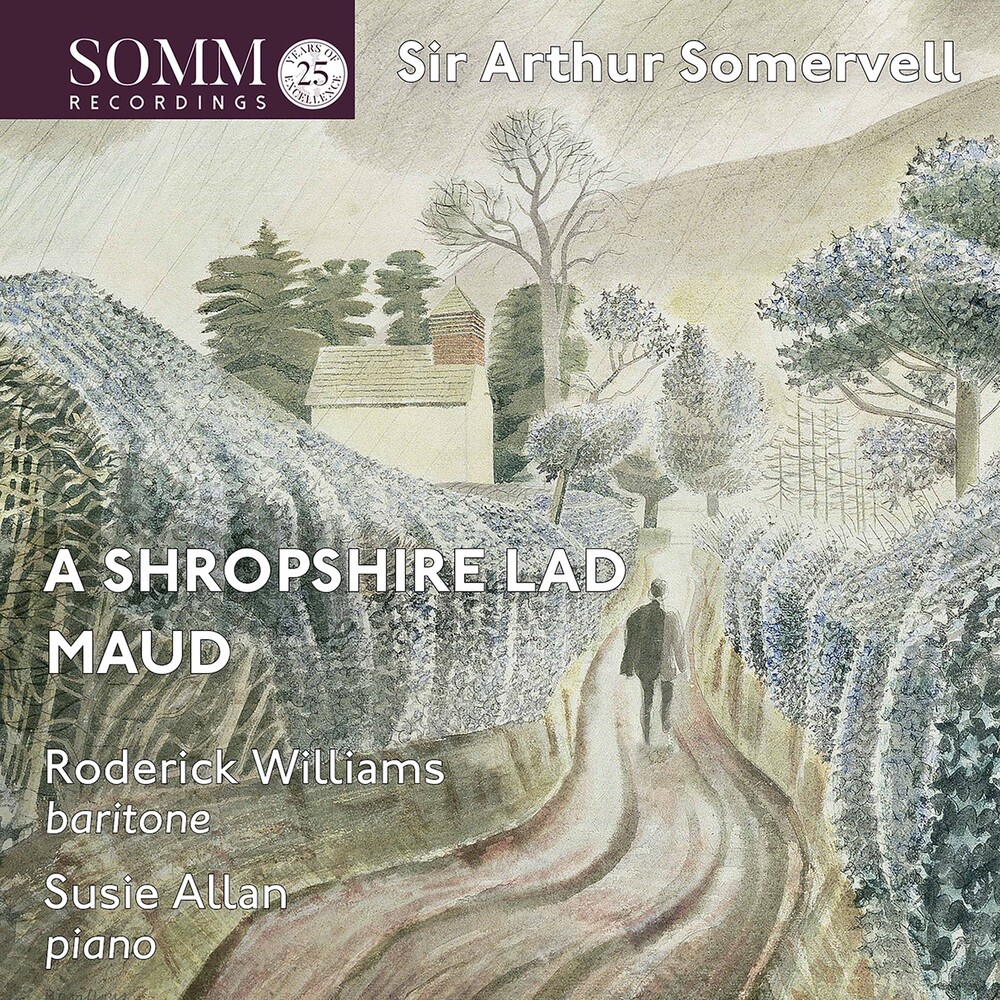 SOMM Recordings announces an important new recording of two classic English song cycles by Sir Arthur Somervell - Maud and A Shropshire Lad - from the acclaimed partnership of baritone Roderick Williams and pianist Susie Allan. Hailed as "the English Schumann" for his mastery of song setting, song cycles in particular, Somervell's music is marked by a distinctive blend of lyricism and harmony that makes itself indelibly felt in these two seminal works of the English song repertoire. His first cycle, Maud, setting 13 poems from Alfred, Lord Tennyson's dark monodrama, was first performed in 1899 at the height of a fashion for recitals of songs sung in English. An intense, impassioned portrayal of infatuation, it is marked by remarkably eloquent and revealing relationships between voice and text, and voice and piano. Composed in 1904, the 10 poems from A.E. Housman's A Shropshire Lad portray a young man wistfully contemplating nature, life and love at the age of 20 before following him through a life full of incident, the horror of the First World War and growing self-awareness. It prompted from Somervell texturally rich and varied music shot through with an aching lyricism all the more powerful and potent for it's folk song-like simplicity and directness. Completing the recital are the enchanting, ever-popular lullaby Shepherd's Cradle Song and wistful tale of childhood sweethearts with texts by Edgar Allan Poe, A Kingdom by the Sea. British music authority Jeremy Dibble provides informative booklet notes and Roderick Williams a revealing take on Somervell's music from a singer's perspective.