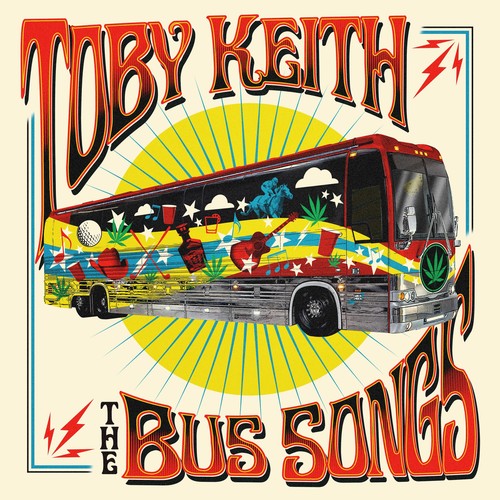 2017 release from the country music artist. The familiar maxim of the triple threat - singer, songwriter, musician - doesn't begin to cover it for Toby Keith, one of the modern era's most complete self-directed hit makers. And Keith's most recent several months are a remarkably accurate representation of his entire career. He wrote, produced and released "Wacky Tobaccy," whose accompanying music video features Willie Nelson and has quickly become a surprise runaway viral hit, amassing millions of views immediately after it's posting. From the moment Toby's debut single, the engine driving everything else has been the music. He writes it. He arranges and produces it. And he releases it on his own record label, Show Dog Nashville. At the core is his songwriting, as recognized in his 2015 induction into the Songwriters Hall Of Fame in New York City. The Nashville Songwriters Association International named him Songwriter/Artist of the Decade and he is a three-time BMI Country Songwriter/Artist of the Year. His songs have received more than 90 million BMI performances on commercial radio stations worldwide. Keith's albums have sold more than 40 million copies.