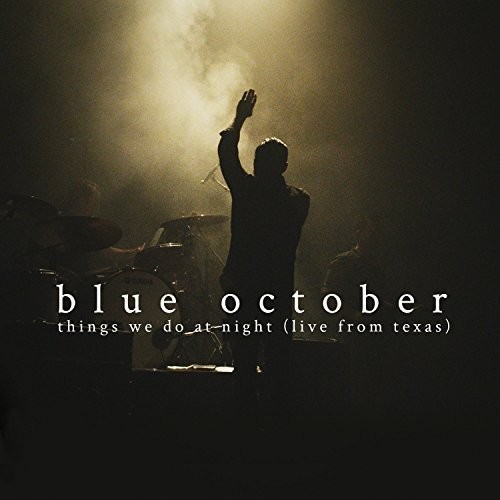 Things We Do At Night - Live From Texas is a live album and concert film by Blue October. It is their fourth live album, and eleventh album overall. The album was recorded over Thanksgiving weekend, November 28-20, 2014 at the House of Blues in Dallas, Texas. The set features fan favorites and hit songs from the albums Foiled, Approaching Normal, Any Man in America, and Sway, which were released since the band's previous concert film Argue with a Tree... in 2004. The album takes its name from the song "Things We Do At Night" from the Sway album, which the band played to close their concerts on each night of the Sway tour.