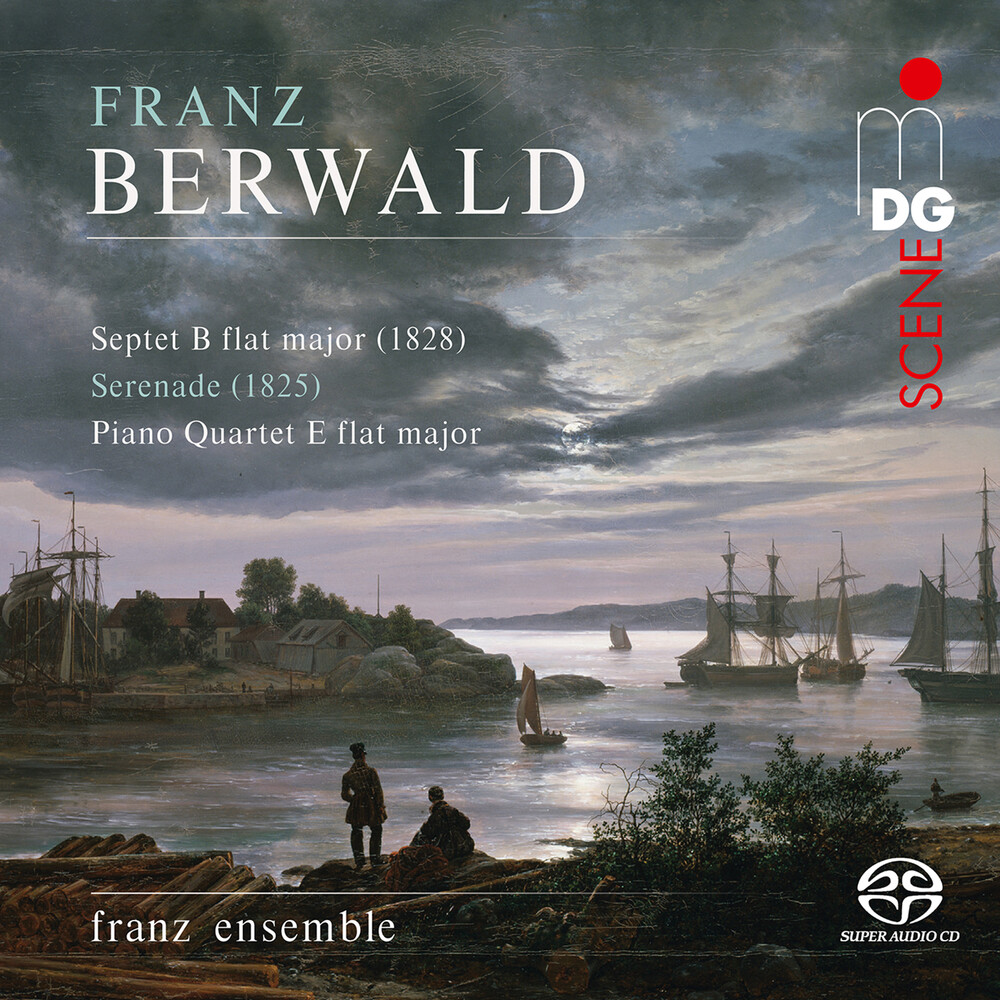 Franz Berwald was an independent genius. His contemporaries would never have dreamed that the trained violinist is today considered the most important Swedish composer of the 19th century. With a brand new recording, the franz ensemble wrests his individual and almost visionary chamber music from oblivion - and in doing so brings to light something literally "unheard-of". A good 200 years ago, the extremely conservative cultural scene in Stockholm couldn't handle Berwald - and he couldn't handle it. As a composer largely self-taught, the descendant of a widely ramified dynasty of musicians orchestrates as it comes to his mind. And so the pianist in the quartet for piano and wind instruments does not unload a thunderstorm of keys à la Moscheles or Hummel, but rather blends in with the wind instruments with one- and two-voice lines. The effect is simply striking. Berwald also goes it's own way in formal terms: In the middle of the septet, which he wrote when he was just 20 years old, the scherzo and slow movement are intertwined to form a surprising unity. At the beginning of the Serenade, the tenor must first of all state that silence prevails and that one can now begin with the music... No wonder that Berwald had to irritate with such experiments. By the way: as flexible as he was, he was also self-taught and focused on the development of orthopedic equipment, ran a glass factory and a sawmill. The franz ensemble has adopted the originality of this very special composer. The musicians pursue the imaginative sounds with great pleasure and commitment.