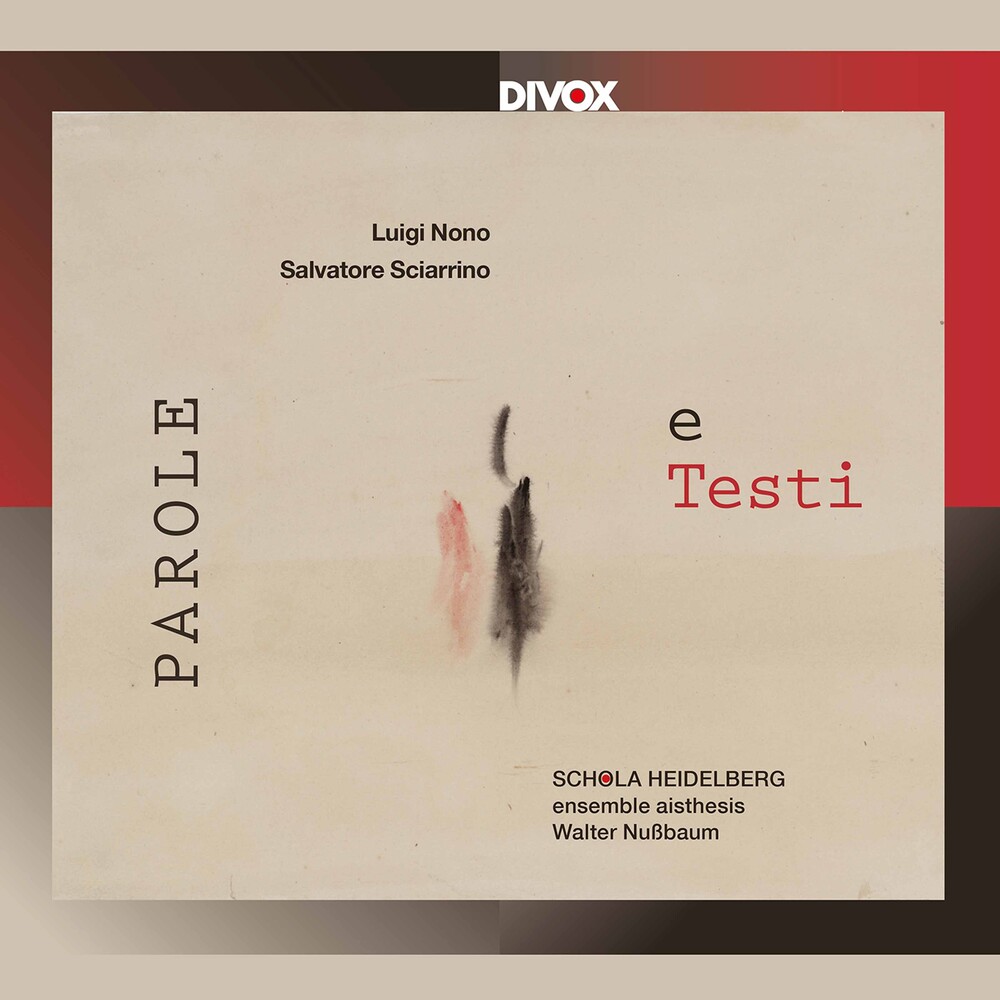 Experimental vocal and instrumental compositions from the second half of the previous century, closely connected in text and thought with Italian poetry, convey an impression of the philosophy and compositional methods of the two musicians Luigi Nono (1924-1990) and Salvatore Sciarrino (b. 1947), which were similar in several aspects. The title of the album, Parole e Testi, is thus meant quite literally. The singers of SCHOLA HEIDELBERG under Walter Nußbaum - accomplished performers of new vocal music - sing Nono's chant Sarà dolce tacere on a text by Cesare Pavese (1960) as well as Sciarrino's ensemble pieces L'alibi della parola (1994) and Tre canti senza pietre (1999) - both setting verse from various sources. Nono's early compositional art, which culminated in Polifonica - Monodia - Ritmica for six instruments and percussion (1951), is performed by the ensemble aisthesis from Heidelberg in 2005 in the reconstructed, unabridged version which Nono originally created (presented on album for the first time here). The abridged version, in which the work had it's world premiere at the Darmstadt Summer Courses for New Music under the baton of Hermann Scherchen in 1951, completes the release as a bonus track.