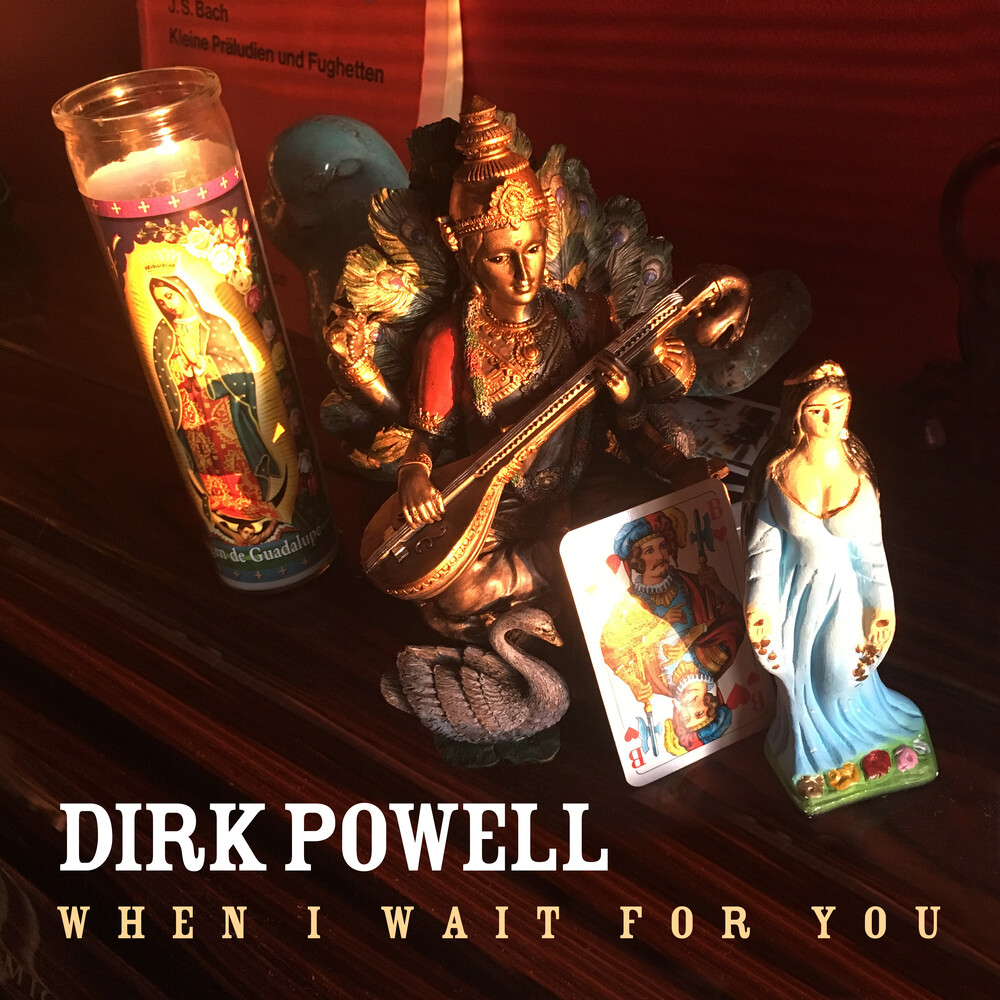 2020 release. Dirk Powell has achieved near legendary status in the international roots music scene. His bonds with Louisiana and with the mountains of Kentucky are unmistakable - but so is his far-reaching vision and ability to translate the essence of tradition for modern audiences that need the timeless and sustaining messages that tradition brings. When I Wait For You blends his deep understanding of American roots music with a unique ability to weave traditional sounds into a contemporary musical tapestry. The result is one of the year's freshest and most engaging contemporary folk albums. The album's 13 tracks of mostly original material showcase Powell's gritty vocals and penchant for catchy melody set against a soundscape of fiddles, accordion, whistles, harmonica, and rhythm section, with Powell's vocal performances reminiscent of Levon Helm in one moment and his mentor, Cajun legend Dewey Balfa, in the next. Donald Shaw (Capercaillie) produced the album which was recorded in Louisiana and Scotland and features special guests Rhiannon Giddens, Sara Watkins, Sean Watkins, Mike McGoldrick, and John McCusker.