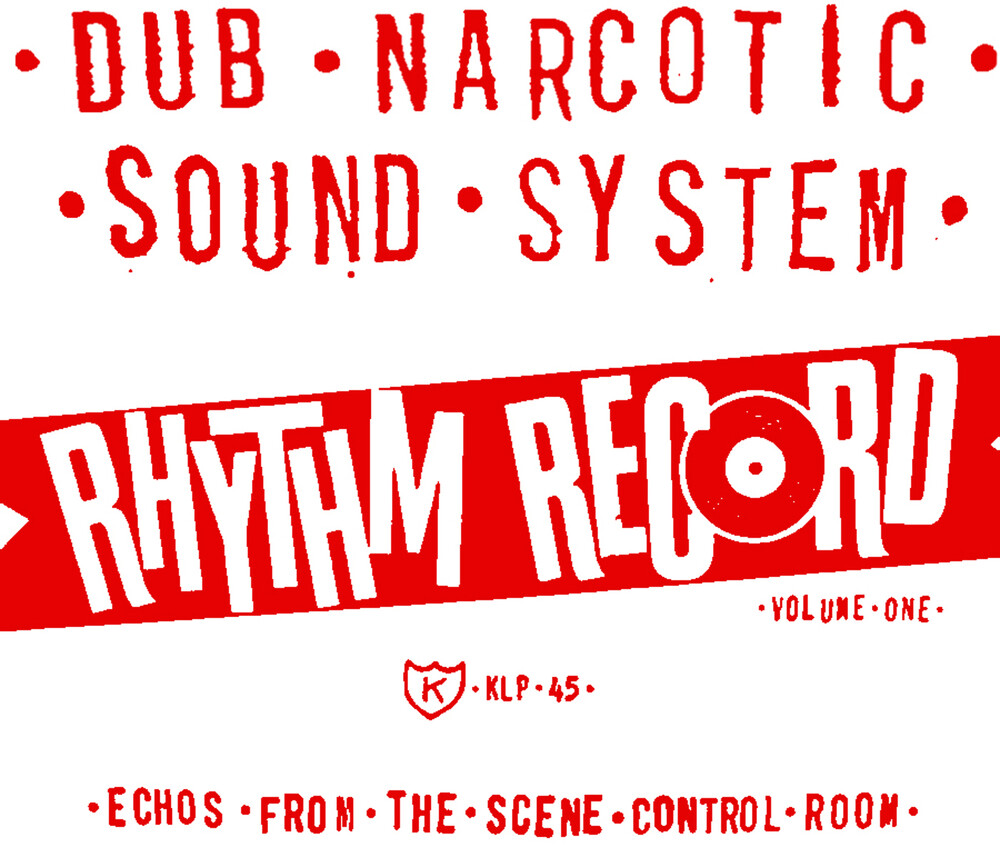 Vinyl-bound instrumental and dub raw. You may need a special tool to carve a deeper groove in your turntable or jukebox in order to play this rhythm method by Dub Narcotic Sound System. Makes your nose bleed. On beyond stomp. Lopsided version galore. The Rhythm Record Vol. One Echoes from the Scene Control Room [KLP045] album was recorded at the same 1994-'95 Dub Narcotic Studio sessions as the Dub Narcotic Sound System debut Boot Party [KLP040], with many of the same participants. It's an all-instrumental affair, heavily dominated by Calvin Johnson's trademark melodica (which is still being deployed throughout his contemporary Selector Dub Narcotic experiments). Featured players include members of Dub Narcotic Sound System and other K combos of the time like Wandering Lucy and Kicking Giant, augmented by Olympia residents and visitors from as far away as New York City and Tokyo, Japan. This album was originally released in 1995; it has been unavailable since 1999. Recently remastered by Adam Gonsalves at Telegraph Mastering it has a fresh, echoplasmic sheen of bass and drum beat rhyme. Originally a vinyl only release, KLP045 is now available on CASSETTE TAPE
back to top