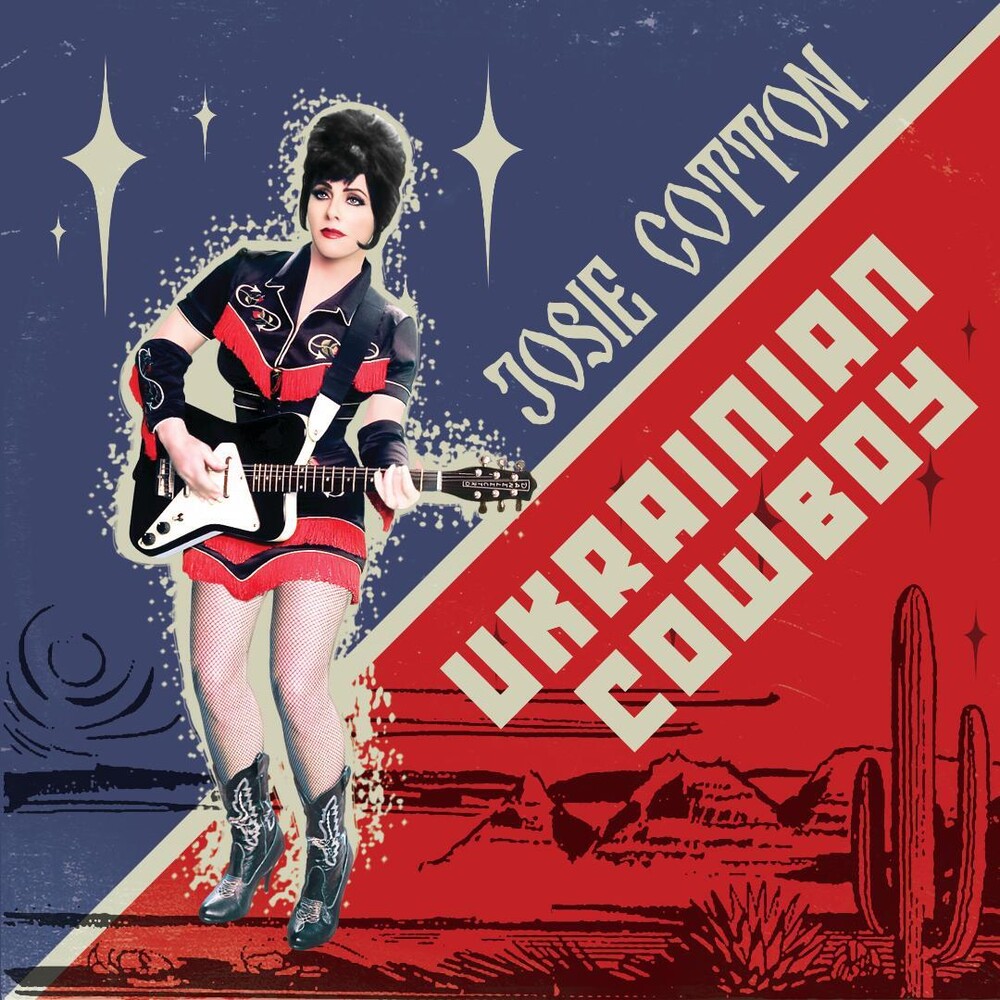 Josie Cotton is an American singer and songwriter, best known for international hit, "Johnny Are You Queer?" and "He Could Be the One" from 1982. "Johnny Are You Queer?" was used on the soundtracks to Jackass Number Two and Valley Girl. "He Could Be the One" was used in Valley Girl.This is the first release on Josie Cotton's brand new Kitten Robot label. The vinyl version is being released by Sympathy.JOSIE headlined Tiki Oasis in San Diego in August and was a smash success. JOSIE has a new album coming soon.Says JOSIE, "You could say this is an unintentional Communist concept-record. I didn't plan it that way... If you can ever plan being unintentional. I've just always been fascinated with human behavior and the tyranny of ideas. I also find them absurdly funny like an insane puppet show. We're living in strange times. I'm just rearranging the puppets in a musical with a warning label. And I get to say 'the purge of Stalin' in a pop song... how rich is that?"The tracks:Ukrainian CowboyCowgirl meets Bolshevik falls for Bolshevik dumps Bolshevik by horseback.Cold War SpyMod double-agent boyfriend infiltrates Stasi in East Germanyand has his soul removed.