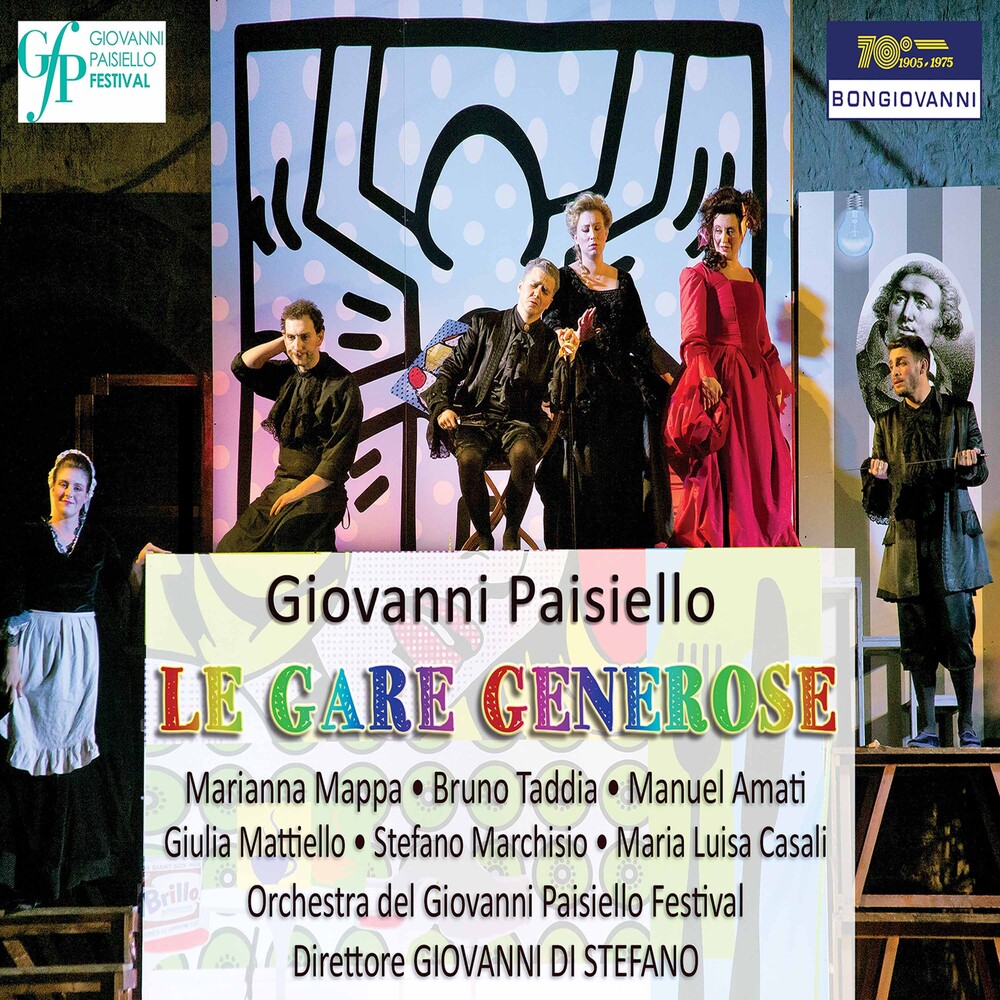 Paisiello wrote the music for Le gare generose to be premiered at the Teatro dei Fiorentini in Naples in the spring of 1786. The near-total absence of gags and slapstick routines plus the constant tension experienced by Bastiano and Gelinda who are on the run from alleged debts under false identities, suggest this opera belongs to the semiserio genre. This opera features middle-class characters rather than the usual aristocrats. Paisiello's score features the arsenal of comic devices he would later employ in La Scuffiara or La Molinara. Music closely reflects the action on stage: in the duet for Bastiano and Gelinda "Scopa, scopa, netta e spazza", what the violins play resembles the broom sweeping while the couple quarrel; it also reflects the physical nature of the characters and the images in the sung text by employing humorous madrigal-like devices - thus phrasing that rises and falls depicts butterflies in the first aria for Berlicco or a bee in the aria for Gelinda. In the Andante con moto of Finale I when the couple pretend to work while eavesdropping on the conversation between Dull and Berlicco, the orchestral figures at the beginning are intended to resemble the actions "rassettar" and "scopettar", after which the musical emphasis shifts from action to emotional state - in this case, growing anxiety. Although Gare generose is a strange combination of the comic and the serious, it was remarkably successful. The success of the opera lasted until 1800 on the European circuit and with 37 different stagings, Gare generose is Paisiello's twelfth most-performed opera.