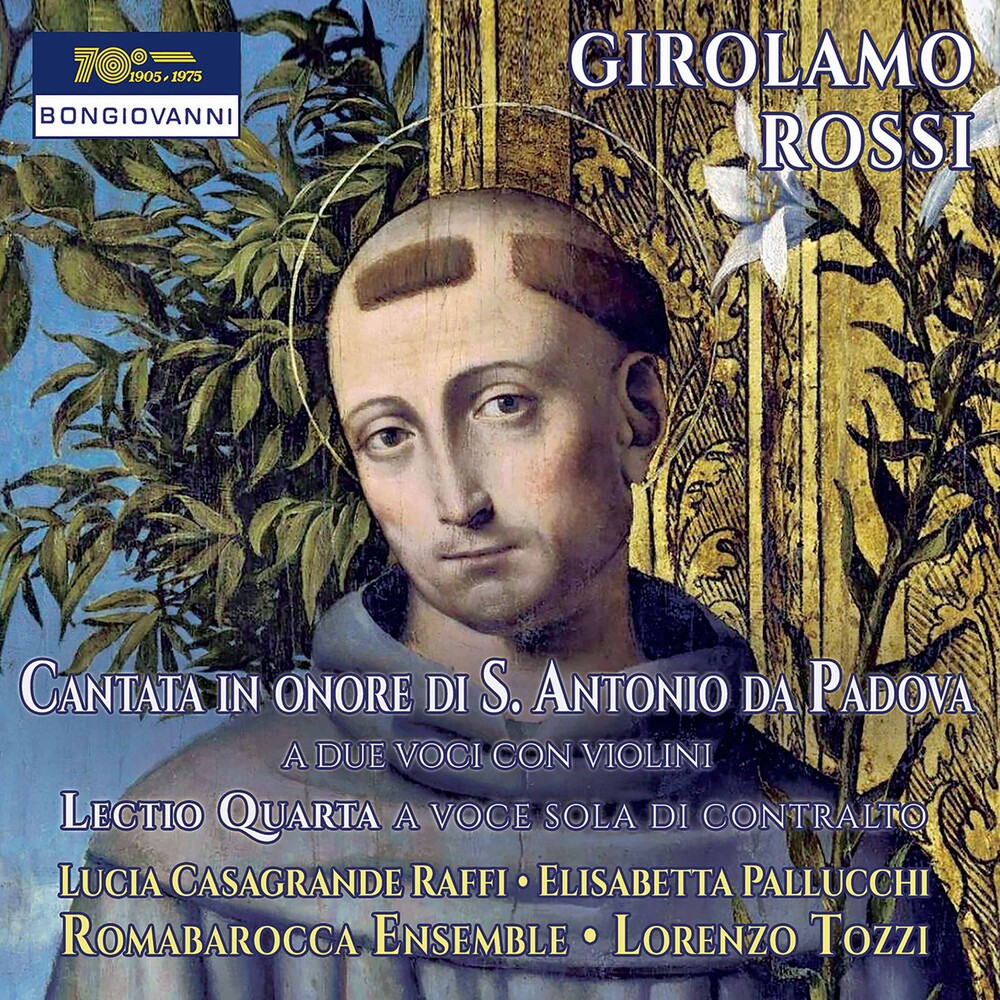 Girolamo Rossi, an 18th century Neapolitan of whose life and work very little is known, was certainly a Neapolitan Chapelmaster at the Oratory of the SS. Crocefisso dei Cavalieri. With it's Latin text, (St. Augustine's commentary on Psalm 63), the Lectio IV is for Good Friday and has such late baroque, galant or preclassical features which are intended to facilitate both enjoyment of the music and communication of the religious message concerning the dual nature of Christ as son of God and of Man. The scoring of the Lectio IV for psaltery and harpsichord, (rather than organ as was common), is in keeping with the custom of performing sacred music for holy week in Latin in the homes of the Neapolitan aristocracy. In the Cantata in onore di S. Antonio the main characters are allegories - Merit (soprano) and Glory (contralto) - who sing the saint's praises. The tone of the Cantata is in keeping with the relaxed sincerity of popular worship - the Child is called Jesus, never Christ as in oratorios or other more solemn genres. By an unknown author, the text exalts the virtues of St. Anthony and invites the faithful to honor him as a hero whose actions were marked by clarity and openness.