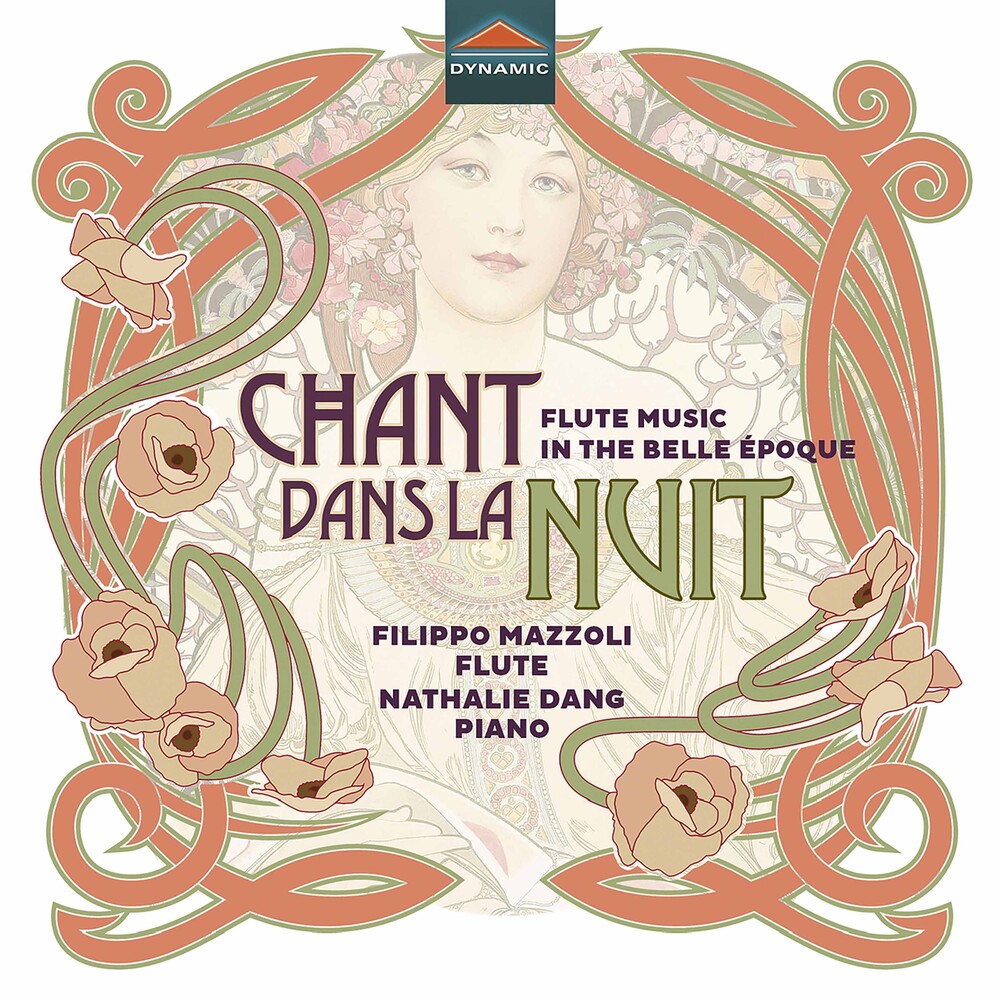 This release features a collection of works for flute and piano written by a group of contrasting French composers during the exciting Belle Époque period, which occurred between the end of the 19th and the first half of the 20th century. 'Chant dans la nuit' is the outcome of a ten-year project which has involved flautist Filippo Mazzoli and pianist Nathalie Dang in intense, pioneering research conducted within the music section of the Paris Bibliothéque Nationale. Quite a number of these works are recorded here for the first time, including Fontbonne's Chasse aux papillons Op. 30, Louis Masson's Trois pièces, Xavier Leroux's Le Nil, Moret's Nuit de langueur, nuit de mensonge, Coedès-Mongin's Suite Op. 5, Lefort's Sur l'Eau, and Guilmant's Romance sans paroles Op. 85. To quote Filippo Mazzoli, these are 'evocative titles, like the music they feature. They are positive sensations that precisely reflect the years in which they were composed [and they express] the desire for wellbeing, and the desire to always be proactive and positive.' Several musical associations flourished in the French capital between 1871 and 1939. They enthusiastically supported the dissemination of new works and promoted the presentation of original, unpublished ones, encouraged by musicians such as Saint-Saëns, Bussine, Duparc and Castillon. The works on this programme are dedicated to the great French flautists who were active in these music societies, not least in the Société de Musique de Chambre pour Instruments à Vent and the Société moderne pour Instruments à Vent. The entire programme is in the Belle Époque style and comprises a variety of the period's main genres: the morceau de salon, the fantasia on operatic themes, the song without words, and the melodies or album pages.