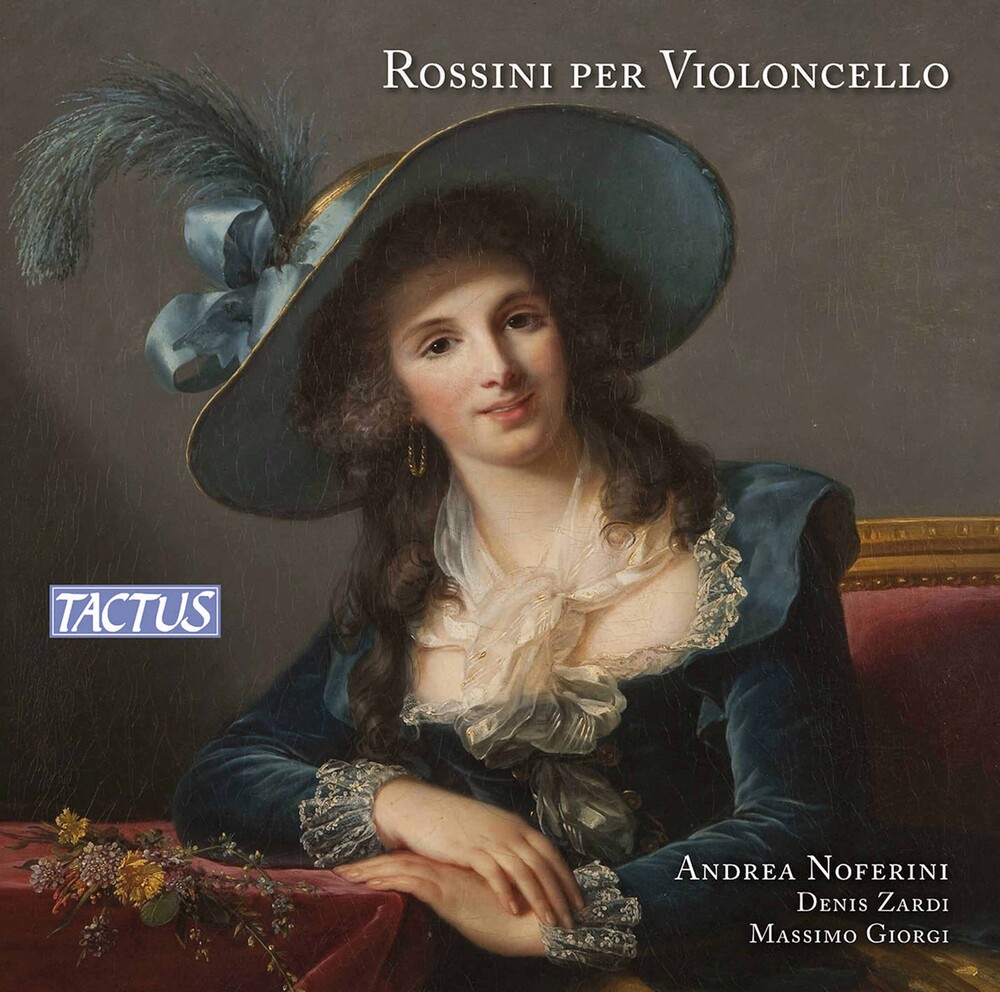 The exciting musical vein of a genius with an overflowing personality such as Gioacchino Rossini can be effectively rendered only by a performer with equal technical and musical energy: Andrea Noferini, first cello of the Rome Opera House, labeled by the specialized press as the undisputed technical reference of his instrument. On the new album he performs, accompanied by Denis Zardi on the piano, and Massimo Giorgi on the double bass, Rossini's original compositions for cello and piano and for cello and double bass, as well as two compositions written on the themes of the "Swan of Pesaro" by Bohuslav Martinu and Mario Castelnuovo Tedesco. Completing the Rossiniana silloge two compositions from the late nineteenth century: Czardas by Vittorio Monti, based on themes of Hungarian folklore, and the Valacca Legend (Serenade of the angels) by Gaetano Braga, a touching melody inspired by the dialogue between a mother and her dying daughter.