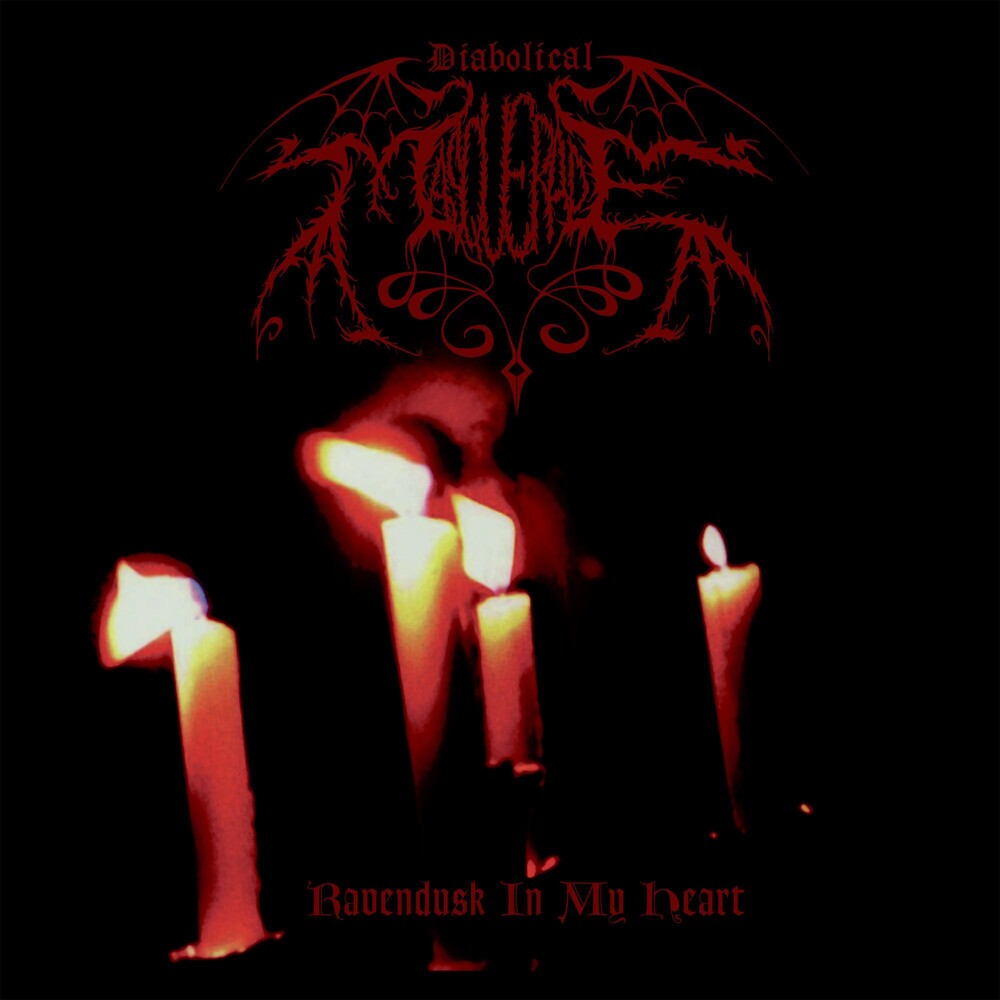 Ravendusk In My Heart
Artist: Diabolical Masquerade
Format: Vinyl
New: OUT OF STOCK. Contact us for availability!
Wish

From Katatonia mastermind Anders 'Blackheim' Nyström, Peaceville reissues the debut album from his symphonic extreme metal solo-project, Diabolical Masquerade, which launched onto the scene in 1996 with the release of Ravendusk in My Heart. Three further albums were subsequently released in a prolific period of creativity before the project was finally laid to rest after the release of Death's Design in 2001. Ravendusk in my Heart stands as a startling debut of fantastic imagery, shaped by accomplished atmospherics mixed with cold black metal, suggesting the early works of Emperor, all brought to life with deeply imaginative tales of fantasy from Blackheim's realm. The album was recorded at the famous Unisound Studio in September 1995. It was produced by Dan Swanö and Blackheim and mixed by Swanö (familiar for his work with Opeth, Dissection, Marduk).