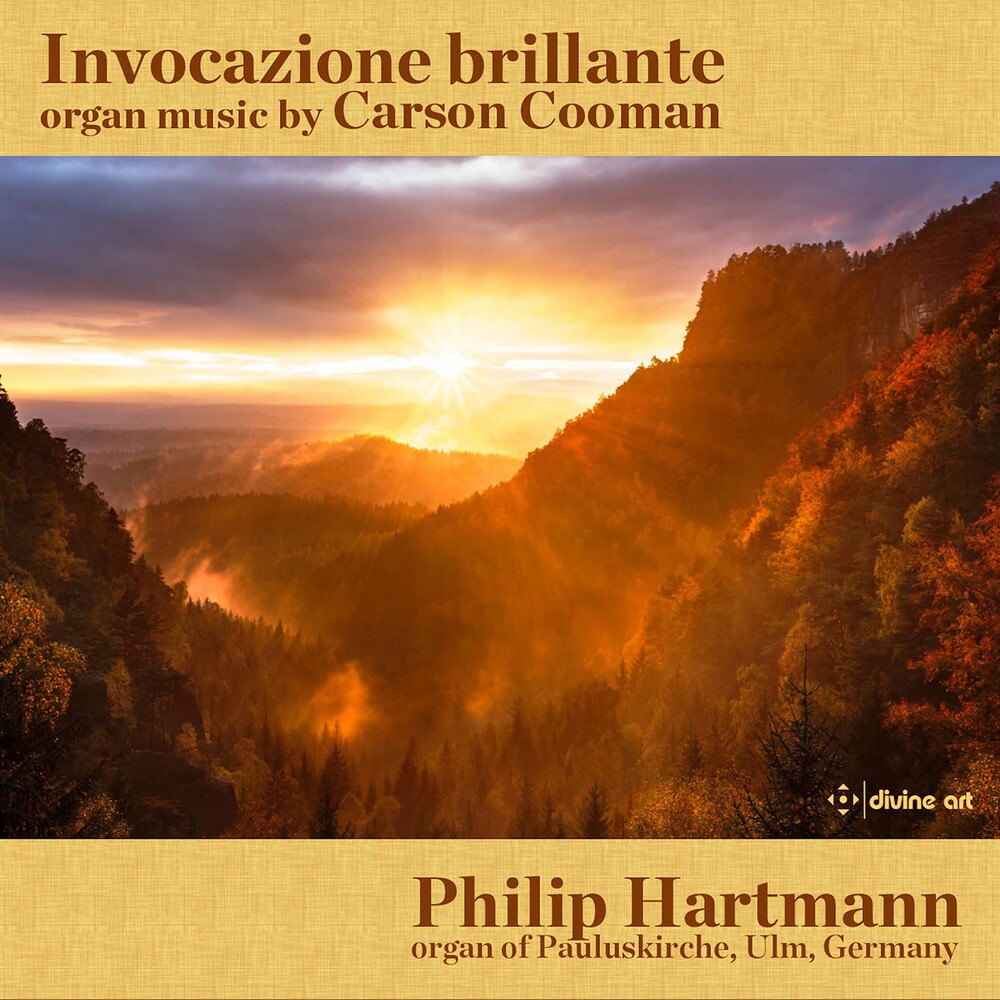 Carson Cooman is many things musical - organist and Composer in Residence at the Memorial Church, Harvard University; writer, critic and consultant, concert organist, and above all a highly prolific composer of music in a wide variety of genres, from orchestral to song. His organ music ranges from the delicate and mystical, liturgical and devotional pieces to dynamic concert works including a majestic set of Preludes and Fugues and so far) three Organ Symphonies. Alongside the series of recordings made by Erik Simmons for Divine Art, we are delighted to offer this new recording by top German organist Philip Hartmann, which includes some pieces previously recorded by Simmons and some new premieres. Hartmann has been organist at Ulm Cathedral, Germany since 1999 and in 2005 was appointed as district Cantor for Ulm deanery. He has played more than 600 recitals throughout Europe. He specializes in American and British organ music and has had 40 new works dedicated to him. Here he plays the magnificent 2013 Link-Gaida organ at Pauluskirche, Ulm.