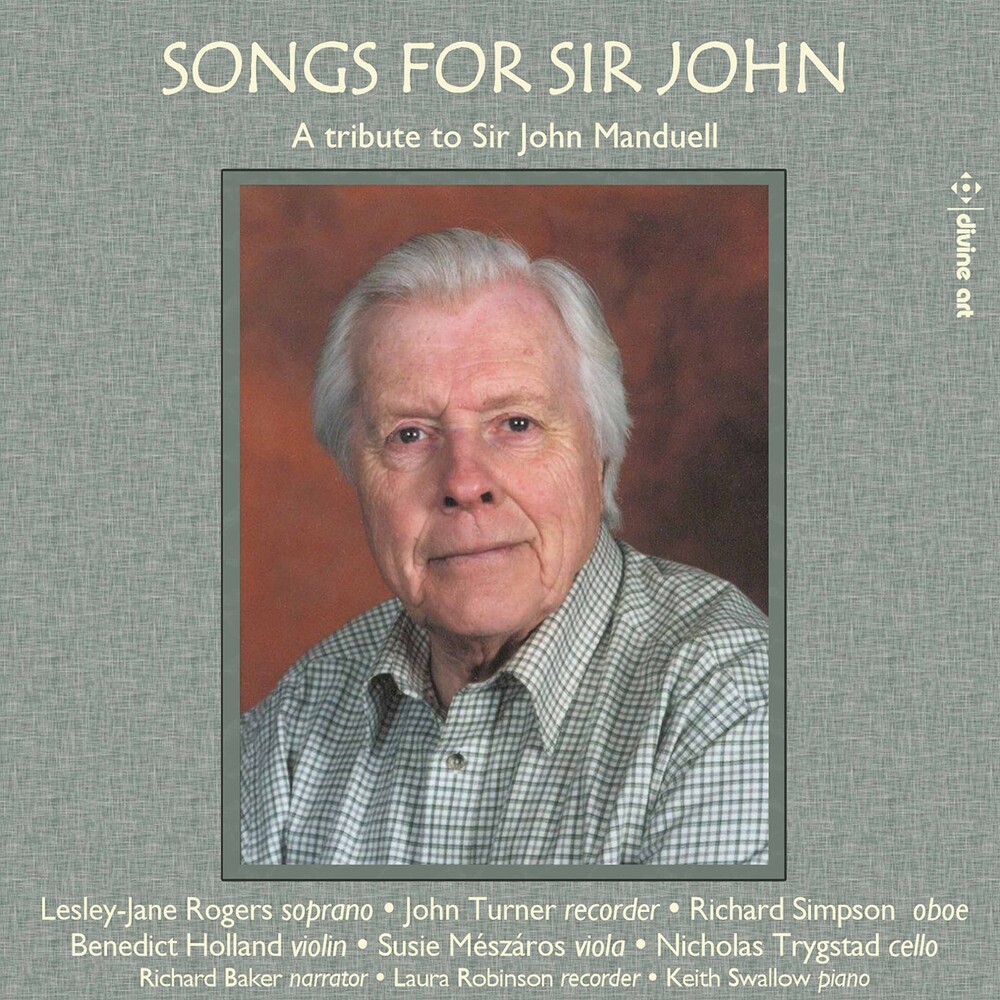 Sir John Manduell was a pivotal figure in British music - as composer, teacher, BBC producer, first principal of the Northern Royal College of Music and founder of the European Opera Centre. Beloved and revered by musicians, yet someone whose name is shamefully little known outside the music profession. This album in tribute presents works by 16 composers from more than one generation, centered around settings of W.B. Yeats and principally songs with oboe, recorder, violin and cello. The music is varied, rich and wonderfully set to the texts, and yet the textures are always transparent and clear; there is nothing inherently 'difficult' for the listener. The performers are among the cream of the Music world of Northern England, and also, in the Robin Walker Nursery Rhymes (the only work not specially recorded for the album), feature the iconic veteran BBC presenter Richard Baker. Even without the Manduell connection this is a wonderfully constructed program of new chamber music.