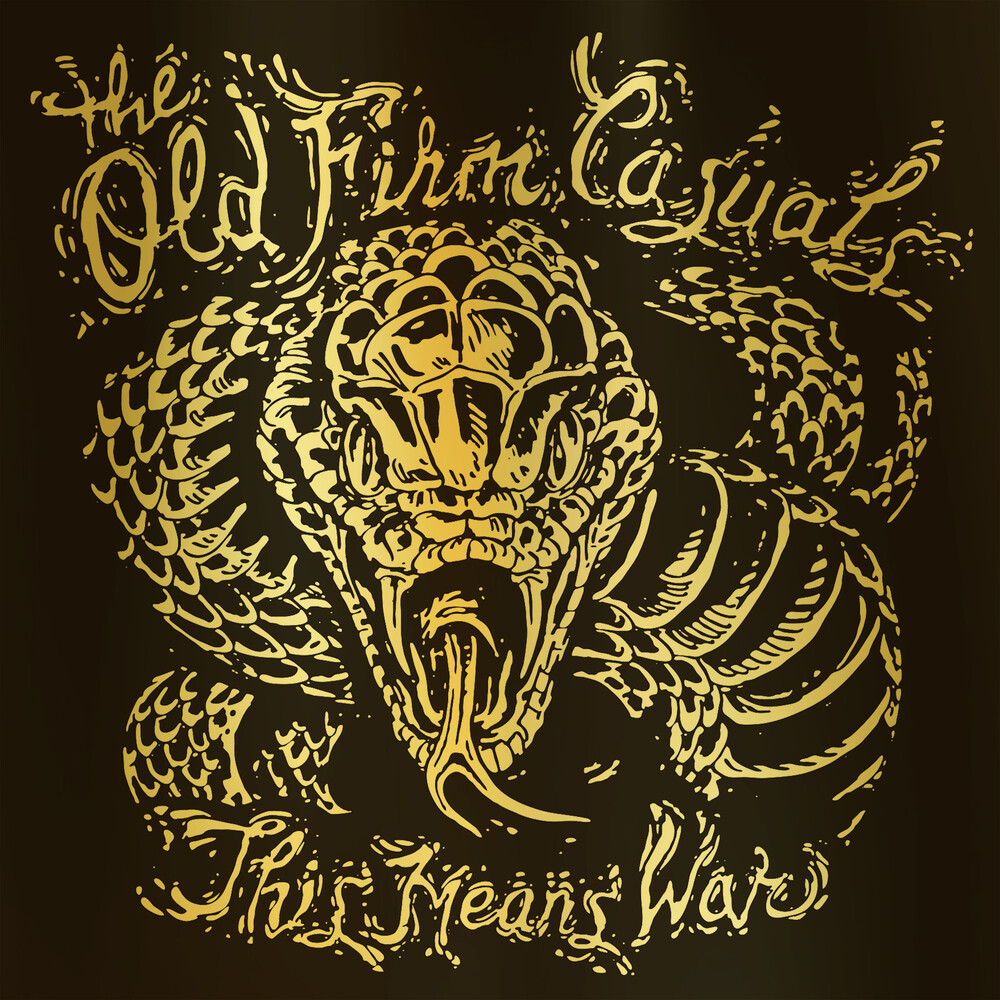 Originally released by Oi! The Boat (U.S.A.) and Randale Records (Europe) in 2014,'This Means War' is THE Old Firm Casuals debut LP. This incredible album really showcases the explosive burst onto the scene that this band made - and created something permanent and timeless to show the importance of this band to the world of streetpunk & Oi!. Taking a few songs from previously released (and highly acclaimed) singles, and elevating them by sandwiching them together with new tracks, this record became a fan favorite quickly. With it's original pressings now out of print, Pirates Press Records is proud to re-issue this integral record, globally, adding a few extra finishing touches in the process. Two versions are available: gold and silver. The gold vinyl is housed in a jacket printed on gold foil (the 'snake' design), and the silver vinyl is available in a jacket printed on silver foil (the 'Wolf' design). This album also includes the bonus track 'Watford Tuxedo' which appears after a locked groove on the B-side. Go get 'em folks - these are truly a 'must have' for any punk rock vinyl collector!