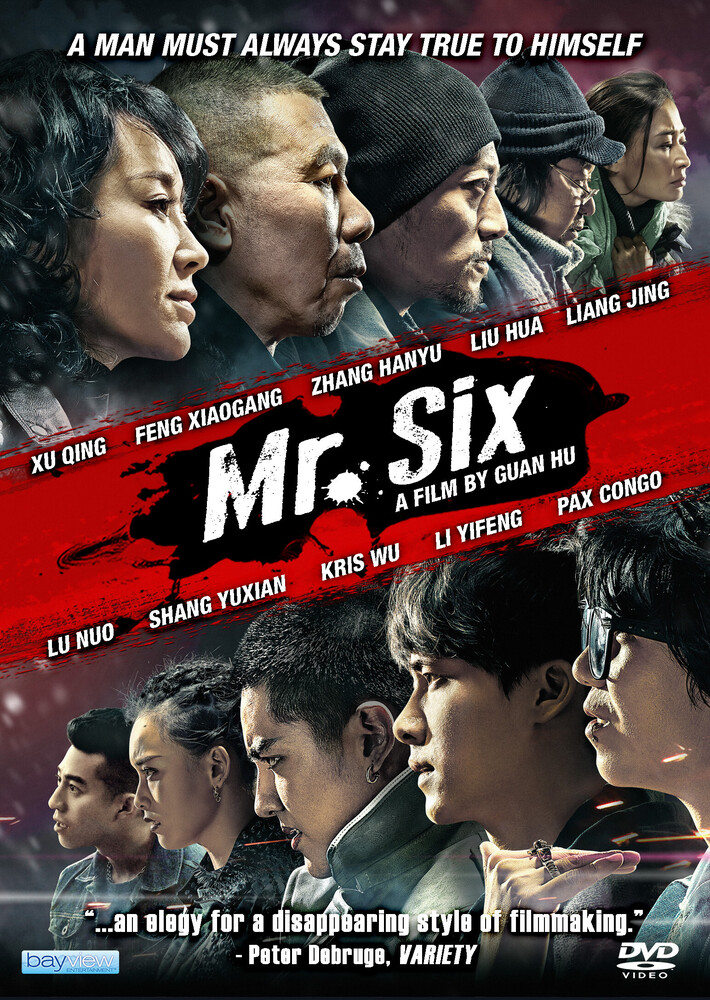 Mr. Six
Format: DVD
New: OUT OF STOCK. Contact us for availability!
Wish

A once-notorious hoodlum named Mr. Six (Feng Xiaogang) spends the remainder of his life in a lonely hut behind the convenience store that he owns, reminiscing about the good old days and missing his estranged son Bobby (Li Yifeng). One day Bobby is taken by a group of rich kids after a minor altercation; their leader Kris (Kris Wu) is the son of a government official. On his son's behalf, Mr. Six tries to reason with the group but is met with a humiliating defeat. Enraged by the group's lack of respect for tradition, Mr. Six summons his former gang to apply old-school pressure to get his son back and to teach these punks a lesson. Time may have softened their edge, but the fire in their hearts still rages. No matter how much the world changes, a man must always stay true to himself, his past, and his values. MR. SIX is a story of family, camaraderie, and nostalgia a tribute to the old values which we used to uphold and how different generations can co-exist despite conflicting views and beliefs. Directed by the award-winning Chinese director Guan Hu, MR. SIX boasts a talented cast led by Feng Xiaogang, along with Zhang Hanyu, Xu Qing, LI Yifeng and Kris Wu. Chinese language with English subtitles.