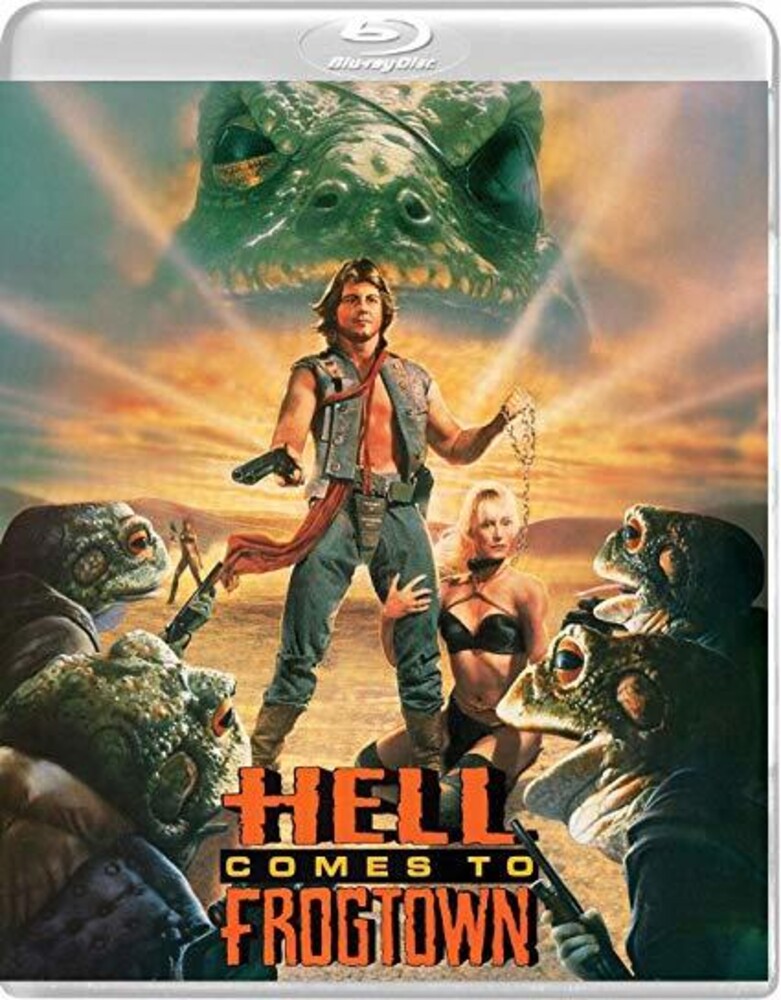 In a post-nuclear holocaust wasteland, Sam Hell ("Rowdy" Roddy Piper) is like most other survivors; a nomadic scavenger roaming the bombed out remnants of the world for food and survival gear. But Sam is also harboring a major secret that even he isn't aware of: he's the last fertile man on Earth. As unexpected pregnancies are discovered, the remnants of the government decide to capture him and, with the aid of scientist Spangle, fit him with a secure chastity belt to ensure his virility is used only when needed. After learning of a group of supposed virgins who are being held captive by frog-mutant savages, Sam is sent on a rescue mission to free the women and then, of course, impregnate them. Is he up for the job? You bet... An 'only in the 80s' hybrid of post apocalyptic sci-fi weirdness, cynical humor, and horror touches, director Donald G. Jackson's HELL COMES TO FROGTOWN is every bit as crazy as it's title implies. Co-starring Sandahl Bergman (Conan the Barbarian), Rory Calhoun (Angel), and featuring a supporting performance from Nicholas Worth (Don't Answer the Phone), Vinegar Syndrome presents HELL COMES TO FROGTOWN on Blu-ray in North America for the first time, in a brand new, 4k restoration.