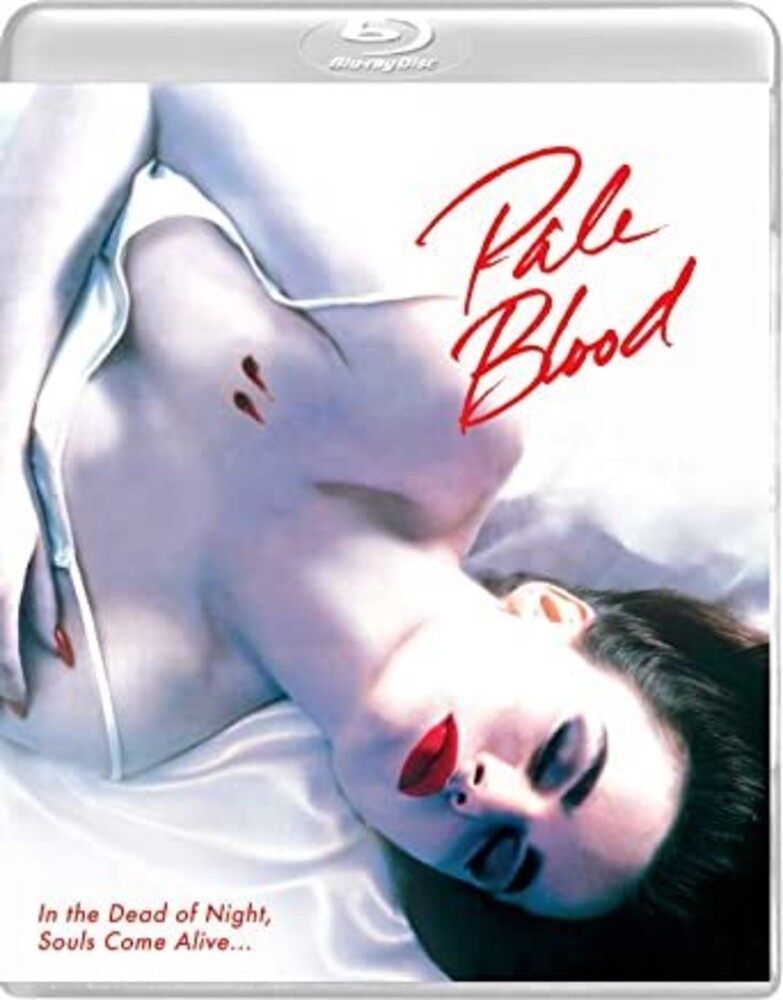 Vinegar Syndrome specializes in the masterful restoration and distribution of cult, horror, and erotic films from the 1960s-90s. Michael Fury (George Chakiris, West Side Story) is a vampire. But contrary to myth and legend, he does not stalk innocent victims to drain them of blood - and life - rather he only drinks what he needs to survive. But when a vicious, and very human, killer begins murdering young women in Los Angeles by biting them and draining their blood, sparking fears that a vampire is prowling the city, Michael realizes that it will be up to him to unmask the fiend behind these deaths to save the good name of his vampire brethren. A tense and sensual blending of supernatural mysticism and horror set in the neon tinged world of early 90s Hollywood, V.V. Dachin Hsu's Pale Blood breathes depth and originality into the vampire genre. Colorfully photographed by Gerry Livley (Waxwork) and featuring supporting performances from Wings Hauser (Vice Squad) and Darcy DeMoss (Hardbodies), Vinegar Syndrome presents the world Blu-ray debut of Pale Blood in a brand new 2K restoration.