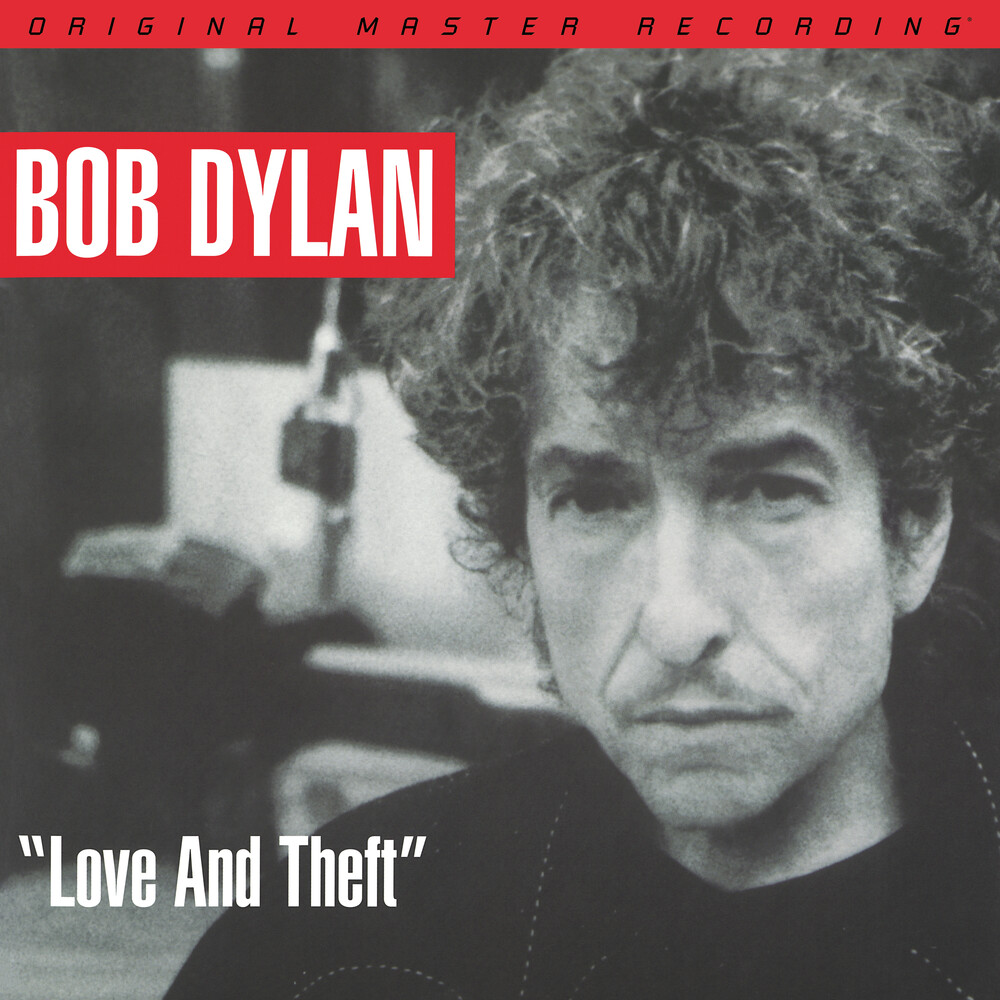 Bob Dylan's Love and Theft is a visionary train ride through the vast American landscape and all it's hills, valleys, mountains, river towns, and urban and rural settlements. As they burrow into villages and barrel across trestle bridges, the 2001 record's songs introduce us to outlaws, outliers, gamblers, brawlers, tricksters, bootleggers, and scoundrels. It is, in effect, a commanding survey of and plunge into American music by way of blues, swing, folk, vaudeville, Tin Pin Alley, country, rockabilly, and more. Named the best album of the year by Rolling Stone and the Village Voice Pazz & Jop Critics Poll, it serves as an extension of the jesting, imagery, and free-form looseness present on his seminal 1960s works. 'Things should start to get interesting right about now,' Dylan sings in his trademark rasp on 'Mississippi,' the line doubling as an apt metaphor for every second of Love and Theft-one of the greatest records of our time.Mastered from the original master tapes, Mobile Fidelity's numbered-edition 180g 45RPM 2LP set reveals the you-are-there immediacy of Dylan's production and the colorful textures inherent to every passage. Experienced on this audiophile version, the songs possess a sense of swing and naturalism so sure-footed that they seem to float, with Dylan and his crack ensemble setting up as a live band taking down the house in a deep-in-the-woods Louisiana shotgun shack. Prized aural traits such as presence, imaging, separation, and soundstaging depth don't come better in analog. This is the very definition of sonic chemistry-and a masterwork for which you should settle for nothing less.