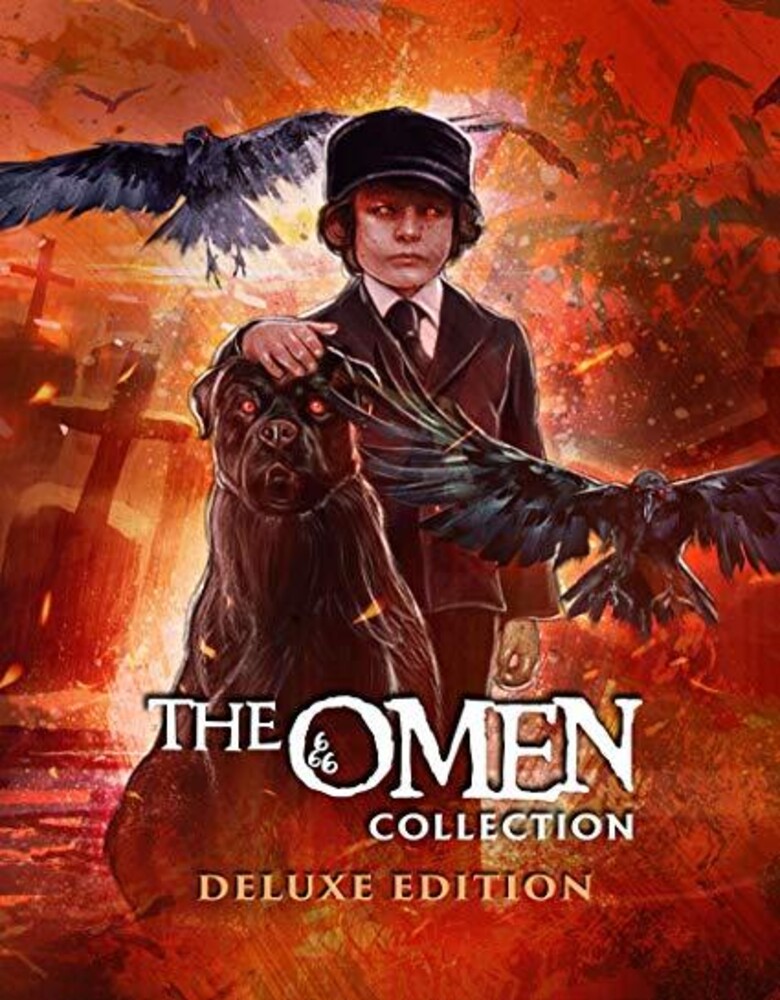 Five-disc set includes: The Omen (1976) Chilling horror classic stars Gregory Peck as U.S. ambassador Robert Thorn who secretly replaces his and his wife's (Lee Remick) stillborn child with another. But after moving to London, a series of grisly deaths and bizarre occurrences lead Thorn to believe that young Damien may well be the prophesied Antichrist, Satan's ruler on Earth. Graphic gore effects and an Oscar-winning score by Jerry Goldsmith highlight Richard Donner's shocker. With David Warner, Billie Whitelaw, Harvey Stephens. Damien: Omen II (1978) Damien (Jonathan Scott-Taylor), that little boy who's "cute as the Devil" in every sense of the phrase, is growing up and preparing to take on the world in this continuation of the horrifying series. William Holden and Lee Grant star as the adoptive parents who realize the truth... but is it too late? With Robert Foxworth, Nicholas Pryor, Lew Ayres, and Sylvia Sidney. The Final Conflict (1981) The third chapter of the terrifying "Omen" saga finds the satanic Damien Thorn (Sam Neill) all grown up and working as the U.S. Ambassador to Great Britain. One step closer to controlling the world, Damien must first stop the Second Coming of Christ by killing all boys born in England on a certain day. Only a determined priest (Rossano Brazzi) armed with an ancient holy dagger can foil Damien's evil plan. Lisa Harrow, Don Gordon co-star. Omen IV: The Awakening (1991) That ol' black magic is back, this time in the guise of a cute little girl. So sweet and innocent and... devilish! What's wrong? Could she have inherited the evil power of Damien Thorne? Faye Grant, Michael Lerner, Michael Woods star. The Omen (2006) Damien, horror cinema's number one problem child, is back in this faithful remake of the 1976 classic. Without telling his wife she has delivered a stillborn baby, an American diplomat adopts an orphan who turns out to have a Satanic bloodline and a sinister plot to use his father's position as a means to bring about the end of the world. Julia Stiles, Liev Schreiber, Pete Postlethwaite, David Thewlis, Seamus Davey-Fitzpatrick, and Mia Farrow star.