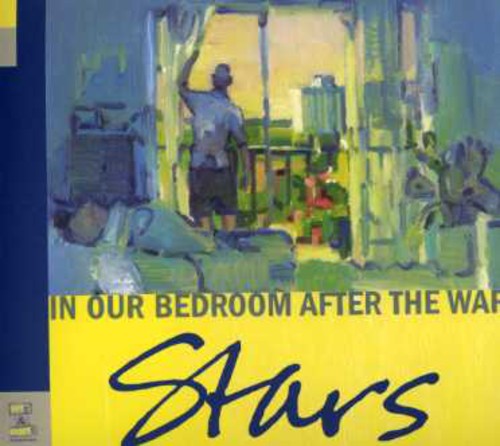 In Our Bedroom After the War
Artist: Stars
Format: CD
New: IN STOCK! Used: IN STOCK!
Wish

Stars release their fourth studio album, IN OUR BEDROOM AFTER THE WAR. It's Stars' most confident and compelling work to date - an album that showcases the seven years of experience they share as a band. It was recorded at the Warehouse Studios in Vancouver, BC and mixed by Joe Chiccarelli (The White Stripes, the Shins, Morrissey).

''In Our Bedroom After the War'' is the fourth studio album by Stars, released on September 25, 2007 on the Arts & Crafts record label. It was released to digital retailers on July 10, 2007, in an attempt to battle the album's leak. The title was announced by Amy Millan in an interview with the ''Toronto Star'', and the release date was previously announced by Torquil Campbell on KCRW's ''Morning Becomes Eclectic''.

The record was recorded in Vancouver and mixed in Toronto by Joe Chicarelli. Author Daniel Handler has written a story for the liner notes of the album and plays the accordion in ''Barricade''. In an interview with ''MTV Live'', Stars frontman Torquil Campbell indicated that one of the goals of the band was to create an album that comes across as a unified whole through careful sequencing and thoughtful storytelling instead of simply sounding like a collection of tracks. The first single off of the album is "Take Me to the Riot," and the second single is "The Night Starts Here."

The album was initially released with a bonus DVD documentary of the ''Set Yourself on Fire'' tour, titled "Are We Here Now?"

The album was a nominee for the 2008 Polaris Music Prize. - Wikipedia