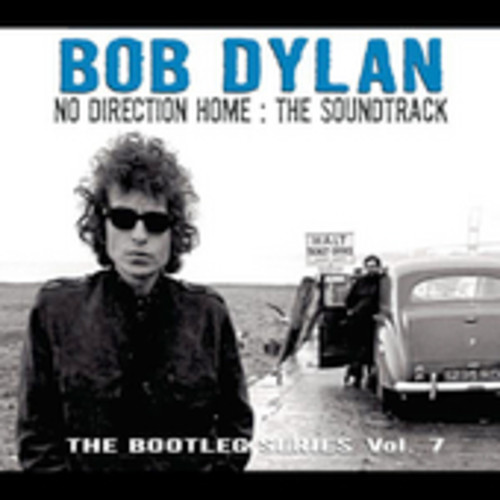 2 CD set will feature recordings from Bob Dylan biography, directed by Martin Scorsese, as well as rare and unreleased recordings from the time period revelatory, alternate takes of classic tracks that were unearthed during the making of the film.

''The Bootleg Series Vol. 7: No Direction Home: The Soundtrack'' is the third most recent installment in the Bob Dylan "Bootleg Series" of rare and/or officially unissued recordings.

It was released in 2005 in conjunction with the Martin Scorsese television documentary on Dylan, called ''No Direction Home'', which aired in late September, and features previously unreleased material from Dylan's formative years to his legendary 1966 world tour.

''The Bootleg Series Vol. 7: No Direction Home: The Soundtrack'' was compiled with Scorsese's input. It fared well commercially, debuting on the Billboard 200 album chart on September 17, 2005 at number 16, with sales of 50,987 copies. It remained on the chart for 11 weeks. It was certified a gold record on October 21, 2005 by the RIAA. It also reached #21 in the UK. - Wikipedia

This two-disc companion to Martin Scorsese's PBS doc scrounges up 26 new Dylan tracks, ordered chronologically, ranging from Bob's 1959 high school recording of "When I Got Troubles" to his 1961 take on Woody Guthrie's "This Land Is Your Land" to live performances from his 1966 UK tour.